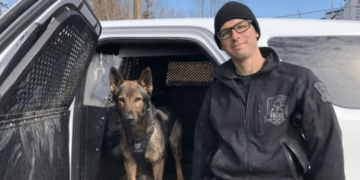 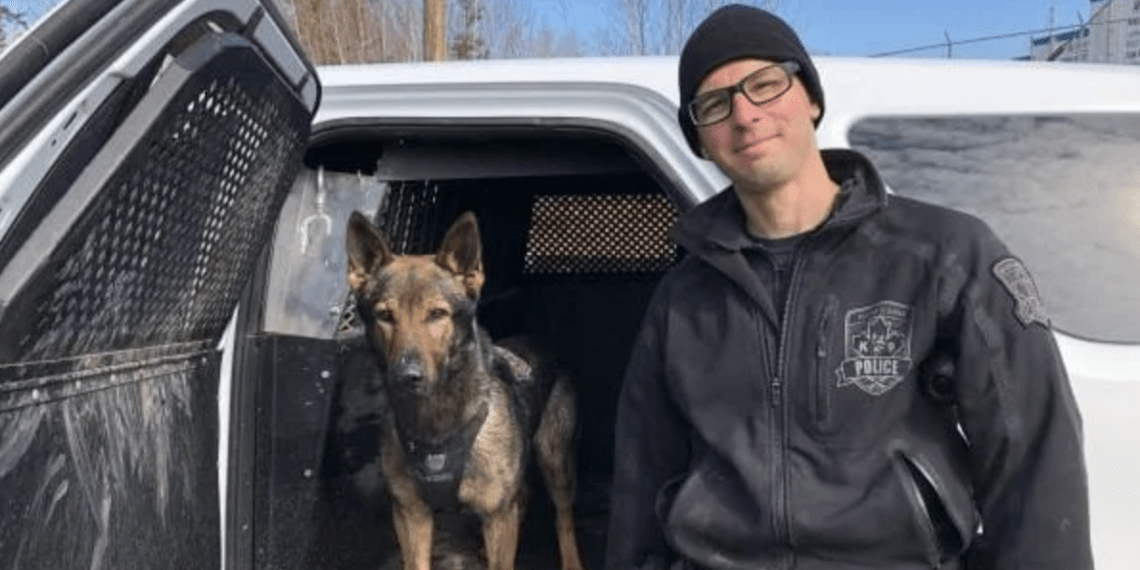 CANADA – Thanks to a police K9 team, there is a happy ending after a 3-year-old girl got lost Monday and wandered into into a wooded area near her home in Nova Scotia.

Constable Dan Berube of the Halifax Regional Police Department and his partner, K9 Jynx, pressed through thick brush, downed logs, and up a steep hillside as they searched for the missing toddler, CBC News reported.

“In my mind it was so thick and so hard to navigate through that I was ready to pretty much determine that no human would go through there,” Berube said Wednesday.

Halifax Regional Fire and Emergency had already sent a drone team as police rescue teams began to scour the area for the missing girl, adding distress to a region still reeling from a mass shooting a little more than a week earlier.

Berube knew from his training that missing children often go downhill, but the child’s mother said that she is “a climber” and was likely headed up the hill. So Berube and Jynx headed uphill and eventually located the girl in a pile of pine brush.

The first thing the girl said as they located her was “Doggie!”