K9 Daro undergoes surgery after getting shot while tracking suspect

The police service dog is expected to survive 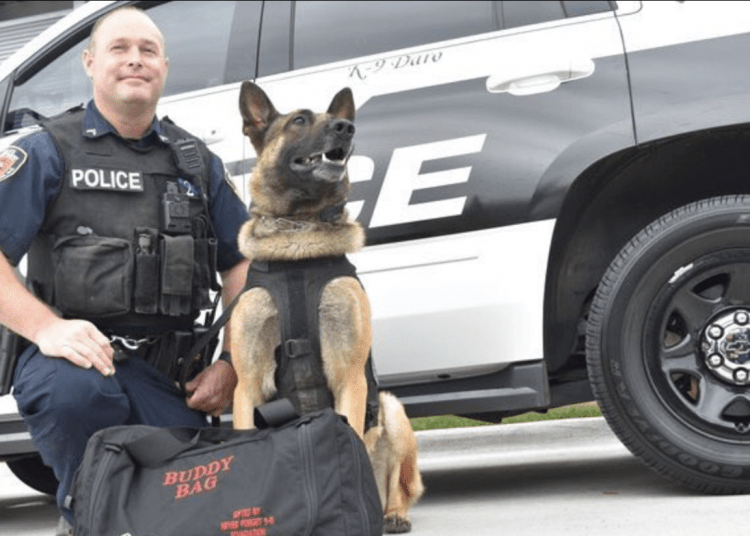 DURHAM, N.C. — A man wanted in connection with multiple downtown thefts shot a police service dog (PSD) in North Carolina while running from authorities Tuesday, according to the News & Observer.

Durham police officers were moving in to arrest the suspect when they saw he was armed with a handgun, CBS17 reported. He ran to a nearby wooded area, prompting officers to deploy K9 Daro to track him.

During the search, the man reportedly opened fire on Daro. It was not clear how times the PSD was struck or where.

K9 Daro underwent emergency surgery and is expected to survive. He’s been with with the department for four years.

We’re thinking about Durham K9 Officer Daro tonight as he recovers from being injured in the line of duty. Plenty of snuggles and extra treats are definitely in order! 🐾❤️ @CityofDurhamNC @durhampdchief @TheDurhamPolice pic.twitter.com/LQIY2qKY56

Police closed off several streets for hours and evacuated two homes during the search. The suspect was eventually taken into police custody. Authorities have not identified him.

K9 Daro is one of nine PSDs at the Durham Police Department with its Uniform Patrol Bureau and two that are assigned to the Special Operations Division, according to the department’s website, the News & Observer reported.