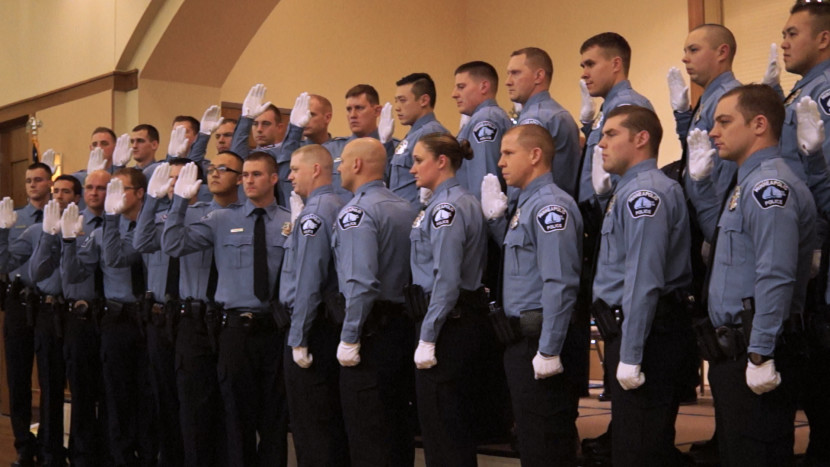 The mayor of Minneapolis proposed to hire 15 more police officers to help reduce rising crime—but the proposal has become controversial, with one citizen calling it “an act of violence against people of color,” according to a news report from the StarTribune.

With the number of violent crimes increasing throughout Minneapolis, and the number of gun-related injuries up 27%, mayor Betsy Hodges proposed hiring 15 more police officers.

While the Minneapolis city council broadly supports the mayor’s hiring proposal, 27 people voiced strong opposition to the proposal during a recent public hearing.

The overall message from those who spoke at the hearing seems invariably clear: do not hire more police officers.

Some characterized the hiring of more police officers in more controversial terms, including south Minneapolis resident Sam Dun, who said that, “To allow this item to pass is not only an insult to a lot of the folks in this room, but it’s an act of violence against people of color.”

In response to such opposition, and opposition from community groups, mayor Hodges reported, “It’s understandable to me that people have concerns with increasing the complement of sworn officers, but for me that investment is about community policing.”

And Hodges also noted a key aspect of community-based policing efforts:. “If we are going to expect our officers to be building relationships with community members, we need to give them the time and resources to do that.”

Barb Johnson, Council President, and representative of an area of Minneapolis where violent crime has increased 10% this year, stated in clear terms, “It is ridiculous to talk about cutting police officers in this budget, and it’s easy for people who don’t deal with people calling them and saying they’re afraid to let their children walk around the block,”

The Minneapolis City Council seemed unswayed by opinions against the proposal—and approved a $1.3 billion budget for 2017, that includes $4 million for hiring 15 police officers and 20 part-time community-service officers.

However, even with the additional 15 officers, Minneapolis will have 85 fewer police officers than its authorized level before 2009 budget cuts.

Share and speak up for justice, law & order...
Tags: budgethiringMinneapolisNewspolice