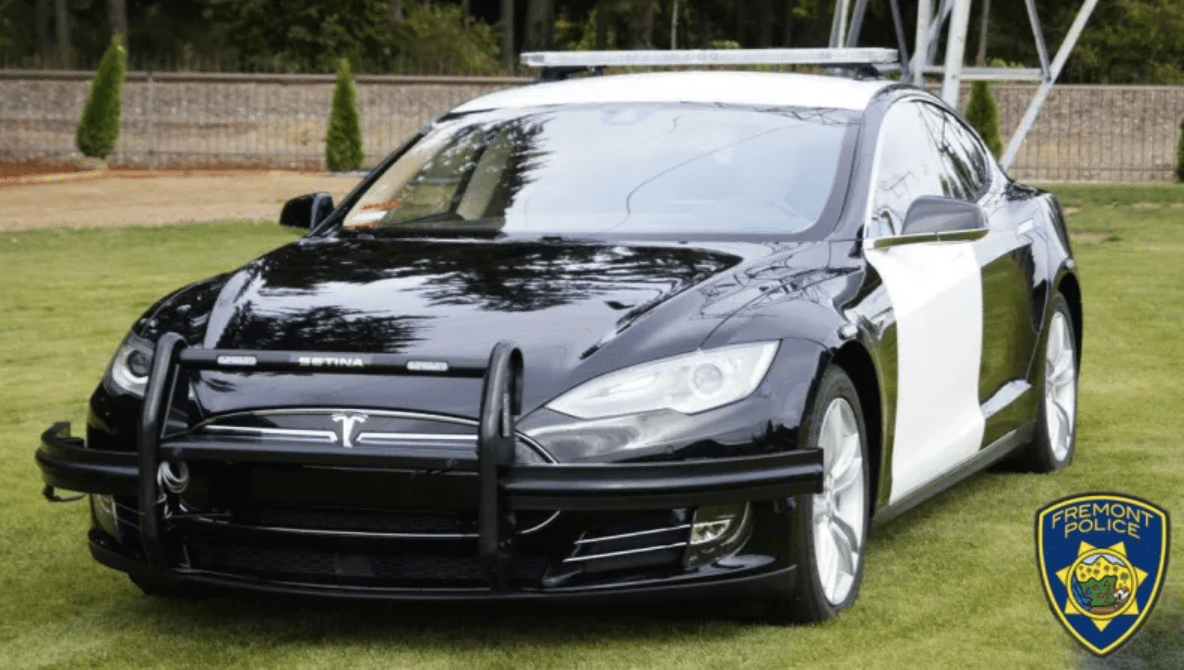 The Fremont (CA) Police Department just bought a used Tesla Model S 85 to replace a retiring Dodge Charger. The car has been fitted with all the standard police car accessories and will soon go on duty as part of a pilot program to see if a Tesla is up to the task of police work.

You can look at the PowerPoint deck somebody made to sell this idea, but basically it sounds like Fremont Police thinks a Tesla cop car could be built for about the same price as a regular Ford SUV, but may be cheaper and more environmentally friendly to operate over its lifespan.

A press release from Fremont Police lays out how much money we’re talking about here: The 2014 Tesla Model S 85 was purchased in January 2018 for $61,478.50 all-up. Over the last year, Fremont PD has added things like a light bar, push bumper and ballistic barriers which it states rang up at $4,447 to date.

For comparison, Fremont Police say a Ford Explorer cop car (also known as an Interceptor Utility) lists at about $40,000 and its upfitting costs are comparable to what was spent equipping the Tesla, adding: “The initial buildup cost of the Tesla is slightly higher than that of a Ford due to the necessary customizations.”

The police department also explained that one of those Explorers usually lasts five years, burns $32,000 worth of gas and needs $15,000 worth of maintenance over its lifespan on duty. How expensive the Tesla will be to operate, and how long its service life is, is exactly what Fremont PD is hoping to figure out.

To keep its new used Tesla charged, the “City’s Police Complex has 872 kW of solar carport structures installed onsite and three charging stations,” meaning that the car will be powered by renewable energy.

Fremont Police has promised to “share more photos and information after the deployment and give our community the opportunity to get an up-close view of the vehicle” as it goes into service, and set up a website with more information about it.