Florida Sheriff Has A Warning For A House: You Are On My HIT List

Florida Sheriff Has A Warning For A House: You Are On My HIT List

The Department Has Responded To 100 Calls In the Last Year 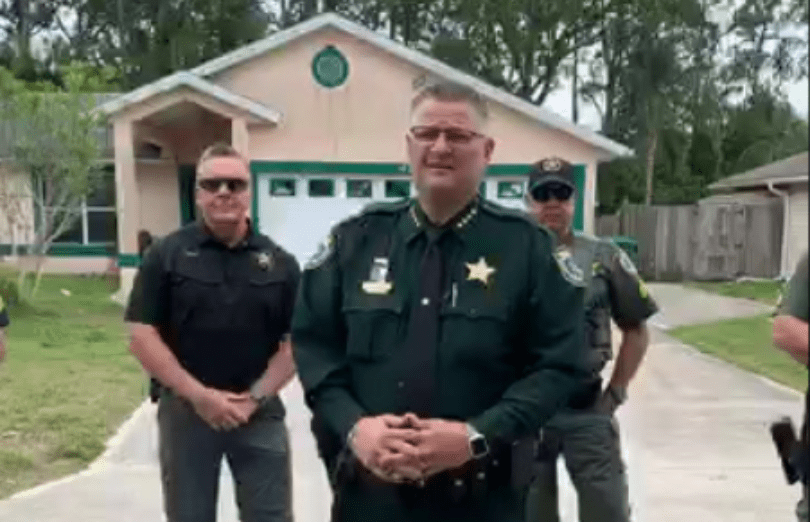 A house in Brevard County, Florida went viral after the county sheriff put them on notice in a Facebook video for having to respond to almost 100 calls to the address for drugs and public nuisance.

Brevard County Sheriff Wayne Ivey stood in front of the home in Port St John (FL). Calling out a “complete nuisance,” Ivey lashed out at the occupants of the house.

“You and your house have now officially made my HIT list – high intensity target. That’s right, you inside the house, and you know exactly who I am talking about, are constantly begging to go to jail.”

Occupants and visitors of the house now “have a relatively good chance” of being thrown in jail if they commit more crimes at the address.

Ivey described over 31 disturbance calls in the last year along with a series of drug violations including drug dealing.

Ivey said that the neighbors are scared to let their children outside and he had a final warning for the occupants and anyone that considers visiting the house.

“In Brevard County, our citizens are our partners,” Brevard said before describing the video surveillance that the neighbors have pointed to the house and agreed to share the footage with the department.

In closing, Sheriff Ivey had one more suggestion for the occupants of the house.

“Now grow up and start being a productive member of society because if you can’t you will be working on my chain gang very soon.”