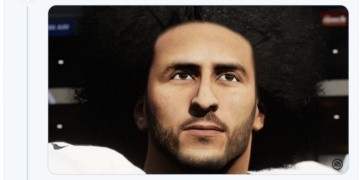 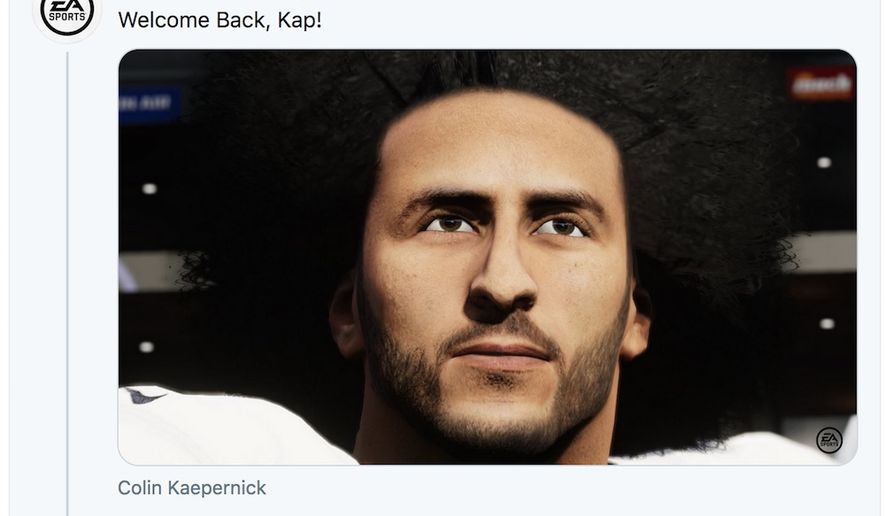 Former mediocre NFL Quarterback Colin Kaepernick will soon be wearing a NFL jersey again but not in the way you may think.

While he’s been out of the game for four years and has shown no interest in returning, he is now a free agent in the popular EA Sports video game “Madden 21.”

EA Sports said their unprecedented decision to place a player that is actually not playing in their game would “empower” fans and reflect hopes “for the future of football.”

“We’ve had a long relationship with Colin through ‘Madden NFL‘ and worked through our past soundtrack mistakes,” EA Sports tweeted. “We want to make ‘Madden NFL‘ a place that reflects Colin’s position and talent, rates him as a starting QB, and empowers our fans to express their hopes for the future of football.”

And rating him they did.  Kaepernick has a quarterback rating in the game higher than half of the current players at that position including Kyler Murray and Cam Newton.

Colin Kaepernick is in #Madden21 now and has a personalized intro when he enters the game. pic.twitter.com/4YgAgVwxFc

Kap’s signature move after scoring a touchdown will be a black power fist, which he negotiated with EA Sports according to ESPN’s Aaron Dodson.

NFL commissioner Roger Goodell said last that he wished “we had listened earlier, Kaep, to what you were kneeling about and what you were trying to bring attention to” and he has encouraged a team to sign him for the 2020 season.

Considering that Kap failed to show up for an NFL tryout last year and the millions he is making as a social justice warrior, the only field he will ever see again will be digital.