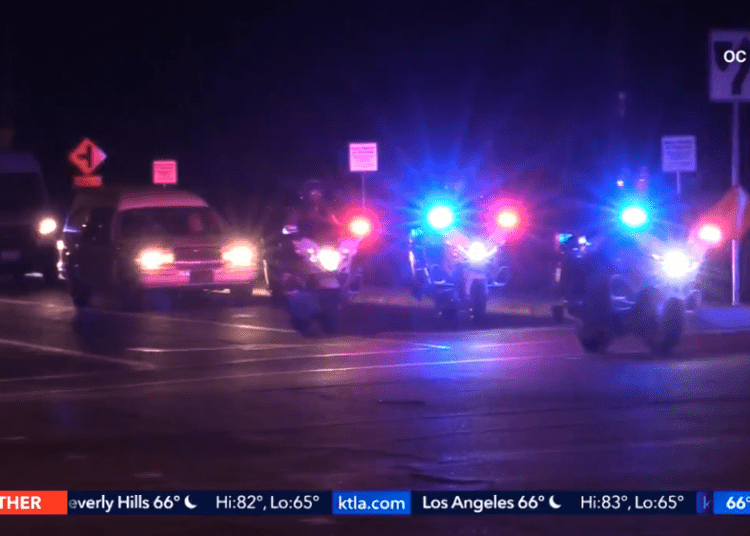 RIVERSIDE, Calif. – A police motorcycle officer in Southern California has died in an off-duty crash, according to a report.

The Riverside Police Department is mourning the death of their motor officer following the traffic fatality near Nuevo Monday night. The officer was off-duty when he was involved in a wreck with a pickup truck near the intersection of Pico Avenue and Santa Rosa Road around 7:15 p.m., a California Highway Patrol spokesperson confirmed.

First responders pronounced the officer dead at the collision scene, according to the spokesperson, KTLA reported.

Riverside police said the unnamed officer was a male and confirmed he was riding his personal motorcycle at the time of the crash.

To honor the officer, a police procession occurred in Riverside later Monday night with law enforcement personnel escorting a coroner’s van that was carrying the officer’s body.

Details of the collision remain unclear and it is unknown if the pickup truck driver was injured during the wreck.