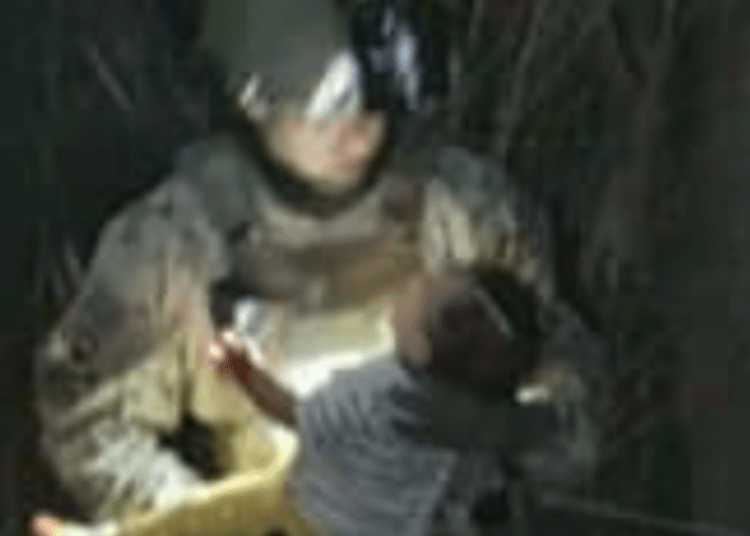 A 6-month-old baby was rescued after being thrown into the Rio Grande. (Texas DPS)

TEXAS — US Border Patrol rescued a 6-month-old baby from the Rio Grande River after human traffickers threw the baby into the water from their raft. This after having assaulted the little girl’s mother and broken her leg during the journey.

The mother reportedly paid $3,500 to traffickers to get her and her baby across the border, according to authorities, Post Millennial reported.

Along with the mother and baby, the rafts contained 67 adults and 150 children. It was during the crossing that the child was tossed overboard into the Rio Grande.

The Texas Department of Public Safety’s South Texas Special Operations Group assisted in the effort to save the child. Texas DPS Lt. Christopher Olivarez told ValleyCentral.com that the mother and her baby had been in Mexico awaiting a chance to cross the border since December.

The Texas Department of Public Safety shared news of the rescue to Facebook on March 30, though the incident occurred on March 16.

“Our South Texas Special Operations Group, Texas Rangers Division, are an integral asset in border security. On 03/16/21, this specialized group assisted U.S. #BorderPatrol in Roma with a 6mo female child who had been thrown out of a raft and into the Rio Grande River by smugglers. The child’s mother had been assaulted by smugglers in Mexico resulting in a broken leg. This specialized group is a highly trained tactical team whose primary responsibility is to carry out specific missions, usually along the Texas-Mexico border region or wherever needed. The team is designed to conduct both overt and extended covert operations in remote areas where conventional law enforcement cannot operate. The teams focus is to gather intelligence, conduct interdiction, and disruption of criminal activity usually associated with drug cartels.”

The Biden administration has issued new border policies, which eliminates a majority of the control mechanisms required for safety and security.