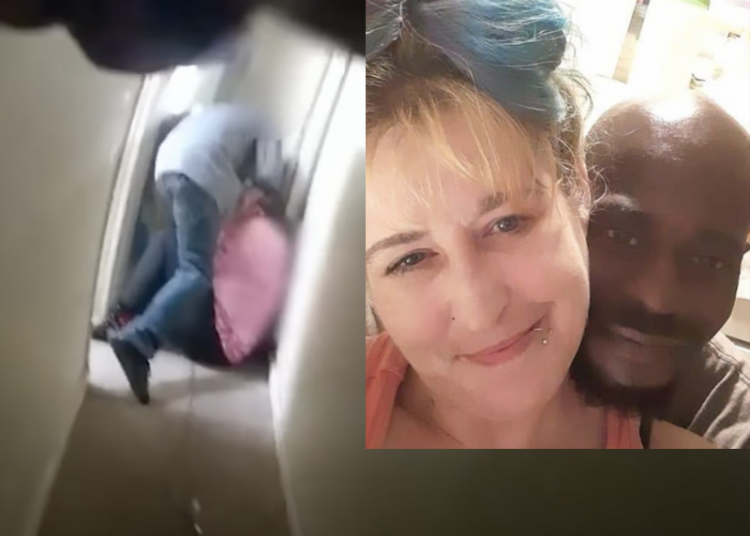 Baltimore — On Sunday, a child called 911 and reported that his father was trying to stab his mother. When Baltimore Police Officer Gaston Melendez and his trainee arrived, they encountered a suspect holding his fiancée at knifepoint. Officers pleaded with the suspect to drop the knife for over two minutes. The suspect refused and officers fatally shot 49-year-old Timothy Fleming.

On Wednesday, police released the body camera footage showing the heroic efforts by the officers. Officer Melendez was calm while negotiating with Fleming, who was just a few feet away holding a knife. Officer Melendez even told Fleming that he could keep the knife—so long as he let his fiancé, Shannon Burnham, leave unharmed.

But after two minutes of negotiating, Fleming suddenly stood up, took an aggressive posture towards his fiancé—and swung the knife back. Due to the immiment deadly harm that Fleming was about to inflict with the knife, Officers responded and shot Fleming.

Burnham told ABC Baltimore that she was scared of her fiancé, but despite the imminent knife attack, Burnham said that the police should not have shot Fleming and said it was “not fair.”

Burnham also reported that Fleming “had a knife on him. He grabbed me by my hair. He pushed me down to the ground and had a knife telling me he was gonna cut me.” But she also said that the officers “sat there and repeatedly shooting at him. They shouldn’t have did that.”

Burnham, who has two children with Fleming, called him a family man and feels that police should have used their Taser rather than a gun in the situation.

Marcus Shannon, Fleming’s cousin, told The Baltimore Sun that Fleming struggled with anxiety and that he was upset that officers could not defuse the situation before killing his cousin.

In what appears to be an attempt at racial division of some kind, Fleming’s cousin said, “White America can have a breakdown, but Black America can’t.”

Both Police Commissioner Harrison and Mayor Brandon Scott commended the officers for trying to resolve the situation prior to Fleming’s violent actions.