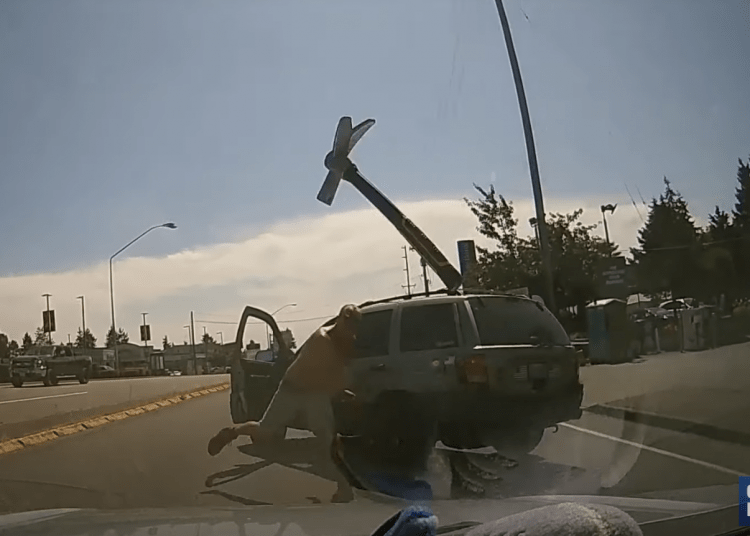 SEATTLE — An angry motorist in Washington state was arrested last month, accused of throwing an ax at another vehicle during a road rage outburst in the Seattle area. The crime was captured on video.

The 47-year-old suspect was driving a Jeep on Interstate 5 on July 27 when he honked at the victim and continued to do so as their vehicles traveled northbound, according to crime reports.

King County sheriff’s deputies said the victim exited the freeway to avoid a confrontation. Nevertheless, the angry man driving the Jeep followed and blocked the road in front of her vehicle, Q13 FOX reported.

The suspect was seen exiting the Jeep and hurling the ax at the victim’s vehicle, according to a video of the incident obtained by the local news outlet. He then fled the Shoreline scene, which is about 10 miles north of downtown Seattle.

Investigators were able to identify the driver of the Jeep from additional security-camera video. He was involved in another road rage incident a few days later, yelling racial slurs at a second victim in Everett. The suspect was taken into custody at a Seattle park on July 30, Q13 FOX reported.

The unidentified suspect was wanted for a felony hate crime, felony eluding, and theft. He also had an outstanding felony warrant for first-degree robbery, according to FOX.