The college student claims the attacks were racially motivated 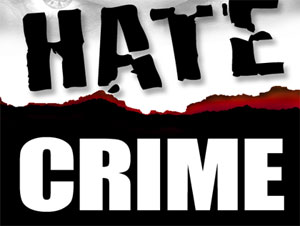 DETROIT — A (black) woman at Wayne State University in Michigan claims she was the target of two separate acts of vandalism based on the color of skin. However, she has now been identified as the primary suspect in her own case.

WSU Police Department said it spent “at minimum 200 man hours” investigating Zoriana Martinez’s claims, The College Fix reported. Investigators now view her as the primary suspect, according to a police report obtained by the news outlet through a Freedom of Information Act request.

Martinez claimed in videos posted to Instagram that someone threw eggs at her dorm door on February 16 and March 1. Furthermore, the Martinez claimed her LGBT Pride sticker was removed and a photo of her dog was taken. As a result, she claimed the targeting was “all because [she was] a black person living in their space.”

However, now that police have conducted an extensive investigation, they suspect Martinez was behind the attacks, or, at the very least, they were not racially motivated, the Daily Wire reported.

“There are absolutely no indicators of any racial intent,” police wrote in the report.

The investigative filed added that it was Martinez’s own peers—in organizations that support her lifestyle choices—that questioned her claims. The police have concluded that she likely perpetrated the incident herself to obtain a leadership position in the Black Student Union, according to The College Fix.

Another factor could have been Martinez’ lease, according to the police report.

Although Martinez claimed she was “forcibly removed” from her dorm—evidence she allegedly had recorded—the university denies her assertion, according to the Daily Wire.

So it appears the police investigation has been wrapped up with the focus squarely on Martinez.

“From a strictly evidentiary perspective, my conclusion is that this incident most likely didn’t occur as narrated,” the police report said, according to the Fix. “The evidence concludes that absent any direct evidence any further time or effort expended on this matter would bear fruitless.”

Hate crime hoaxes appear regularly.  Beyond the infamous Jussie Smollett case, Law Officer reported claims made by a made by a biracial woman that she was burned by four white men in Downtown Madison, Wisconsin last summer, which were unfounded, and a former NFL player who trashed his business to make it look like a hate crime, among others.