She made the dumbfounding comments while doubling down on defunding police 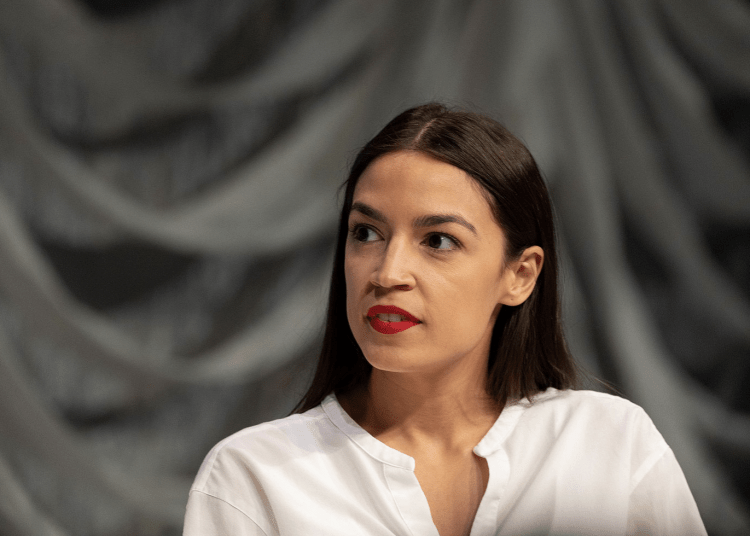 Rep. Alexandria Ocasio-Cortez (D-NY) downplayed the legitimate concern that citizens have over the spike in violent crime as she doubled down on her support for defunding the police during a video event this week. The radically progressive politician claimed that concern over exploding crime rates across the U.S. are “hysteria.”

“We are seeing these headlines about percentage increases,” AOC claimed, Daily Wire reported. “Now, I want to say that any amount of harm is unacceptable and too much. But I also want to make sure that this hysteria, you know, that this doesn’t drive a hysteria and that we look at these numbers in context so that we can make responsible decisions about what to allocate in that context.”

During the video event with Democratic Socialist Rep. Jamaal Bowman of New York, Ocasio-Cortez agreed with a statement from the congressman, saying, “we need to reallocate resources.”

“I agree with Representative Bowman, that I do believe that we need to reallocate resources away and that a big, you know, major causes of this — and by the way, I also think it’s important context because we hear on the news and media, they perpetuate this idea of crime wave, crime wave, crime wave, right?” she said. “And so this idea that a lot of us are panicked thinking that we are at some unprecedented level that we’ve never seen before.”

It’s worth noting that Bowman is among a growing list of hypocritical lawmakers requiring special police protection after he’s lobbied to defund cops, Law Officer reported.  He claims policing is rife with “white supremacy” as he calls for defunding, yet asked for and received private security via a special police detail to guard his Yonkers home in the days following the Jan. 6 Capitol Hill riot.

“About a week after the Jan. 6th incident at the Capitol, we received a request from the Congressman’s office for increased police presence at his residence,” Politopoulos said. “In response, our Intelligence Unit was notified of the request and the local precinct instituted what is called a directed patrol at the Congressman’s home for the next two weeks.”

The Yonker Police Benevolent Association pointed out the hypocrisy.

“Congressman Bowman’s cry for extra policing at his home is hypocrisy at its worst,” Keith Olson, president of the Yonkers PBA, told the New York Post. “Not long ago, the Congressman called for dramatically less policing in the most violent, crime ridden neighborhoods … Asking these same police officers to protect your family while creating policies that make communities of color less safe is simply disgraceful.”

A recent New York Times report is apparently part of the “hysteria” that AOC refers to.

“The F.B.I. does not release full statistics until September, but homicide rates in large cities were up more than 30 percent on average last year, and up another 24 percent for the beginning of this year,” The New York Times reported, later adding that “in the aftermath [of George Floyd’s death], some criminologists attributed the spike in homicides to hesitancy among residents to turn to the police for help.”

Law enforcement experts will add it’s unabated violence during riots and uninhibited actions on the part of career criminals who’ve benefited from the “social justice reforms,” i.e. released prematurely from incarceration, that have been major contributory factors in the dramatic rise in crime in 2020 and 2021.

Share and speak up for justice, law & order...
Tags: Alexandria Ocasio-CortezAOCdefundingspike in crime