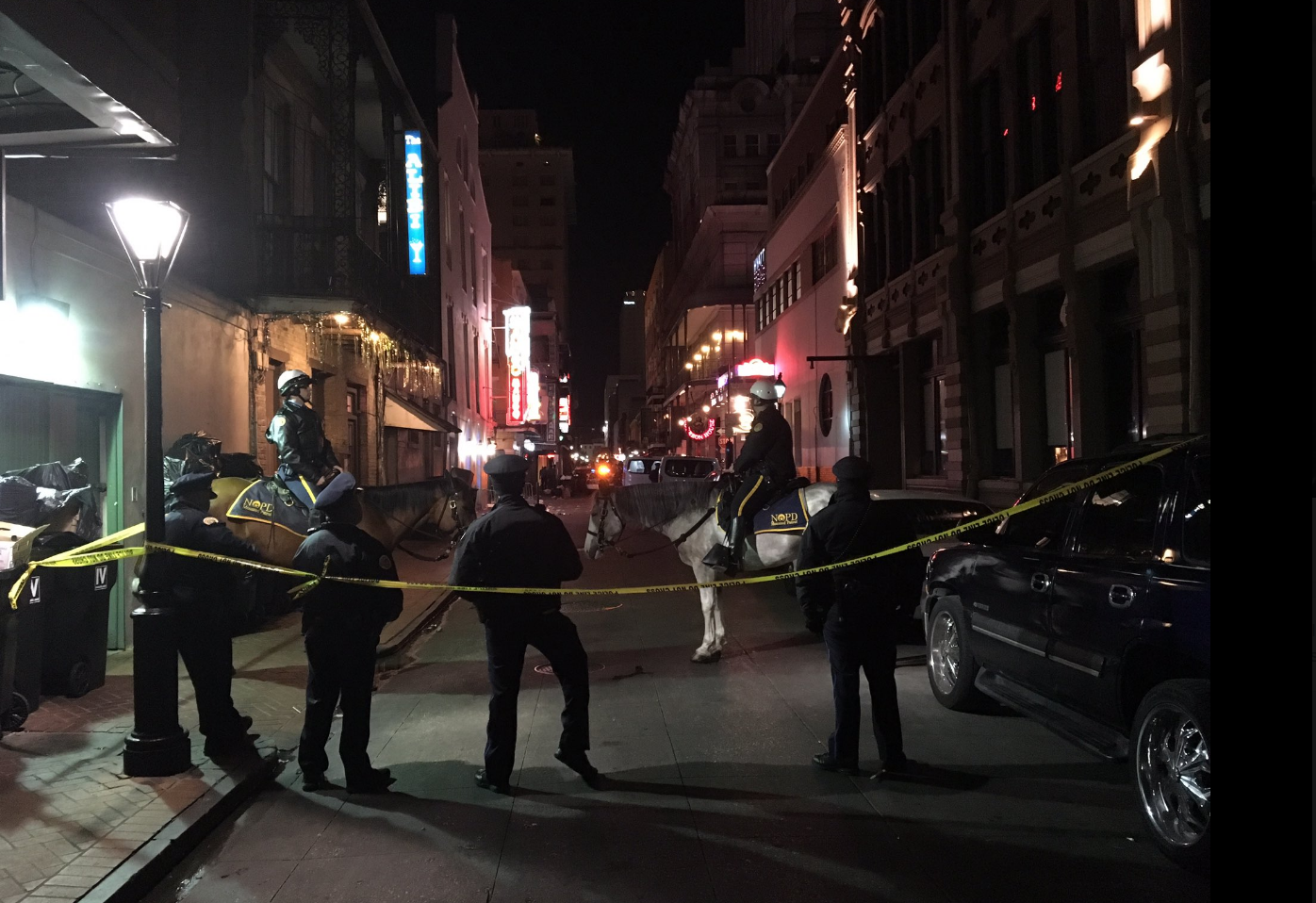 Ten people were shot, one of them fatally, in the crowded heart of New Orleans’ French Quarter early Sunday, police said.

Shots were fired at around 1:30 a.m. on the famous Bourbon Street at its intersection with Iberville Street, one block from Canal Street.

Thirty police officers were already in the same block as part of extra patrols following the earlier Bayou Classic college football game and were able to respond quickly.

Two arrests have been made for the illegal carry of a firearm.