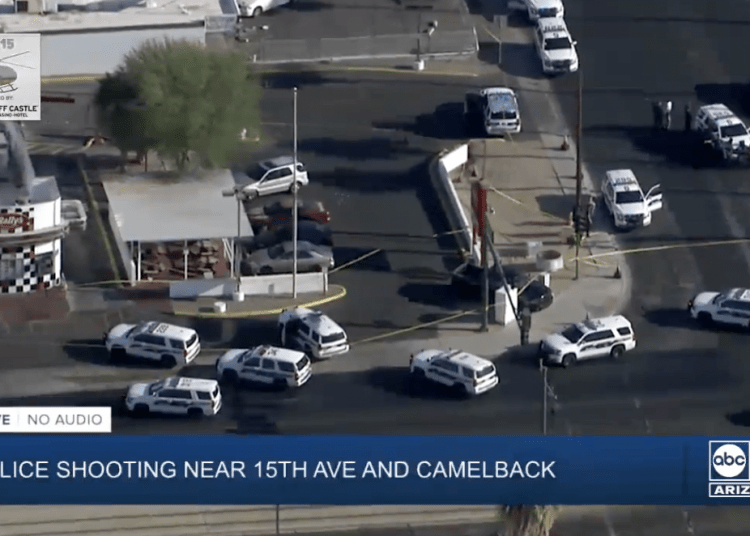 PHOENIX — A Phoenix police officer was involved in a shooting Thursday evening. The uniformed officer, who was described as off-duty at the time, was directing traffic near 15th Ave. and Camelback Road when he heard commotion coming from a nearby parking lot at Rally’s restaurant, according to law enforcement authorities.

As a result of the disturbance, the officer exited his vehicle to check on the noise. What he discovered was alarming. He found a man pointing a gun at two adults in the parking lot, ABC 15 reported. Consequently, the officer drew his weapon and directed the gunman to drop his firearm. Not long after the officer fired, striking the armed combatant.

The unidentified man was transported to a nearby hospital. His injuries are described as serious, but he’s expected to survive.

When the suspect is discharged from the hospital, he will be booked into jail on several charges, according to ABC 15.

Police believe the incident may be related to a nearby shoplifting incident, yet no further details were provided.