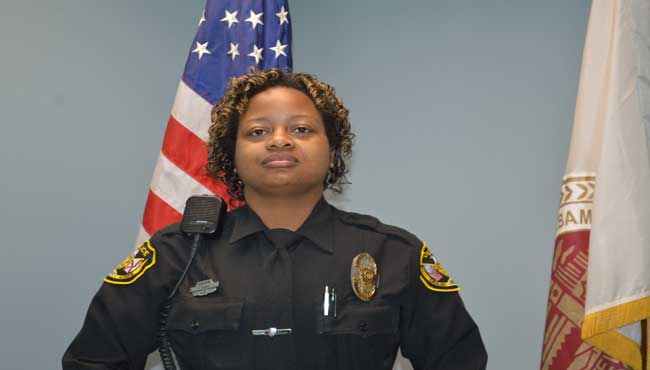 According to a news release from the Saraland (AL) Police Department, the officer who was shot in the head while responding to a domestic violence call Wednesday has been identified as veteran poice officer Jackie Tucker.

According to the release, Officer Tucker and her partner were called to residence on Martha Alleyn Drive in Saraland (a suburb of Mobile, AL) around 10:45 a.m. Wednesday morning. Police have responded to this address before, although the specific nature of the call was unknown.

Upon arrival, the suspect inside the residence began shooting at Tucker and the other responding officer. Tucker was shot in the head.

The other officer who responded—who remains unidentified at the time of this report—returned gunfire and was able to get Tucker out of the residence to safety. Tucker was air-lifted by helicopter to a local hospital where she has been listed in critical condition.

The suspect, Mathew Blake Richardson, was transported to a local hospital and pronounced dead shortly after arrival. It was later determined that the call involved some kind of situation between Richardson, aged 27, and his grandfather.

And while the shooting of any police officer affects the law enforcement community, this tragic incident unfortunately has wider implications: Tucker’s husband, Aaron Tucker, with whom she has two children, is a member of the nearby Mobile Police Department.
Previous article: Alabama Police Officer Shot, In Critical Condition