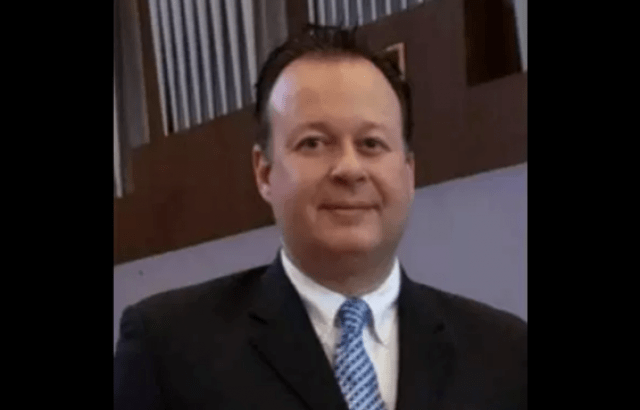 Newark police veteran arrested for the murder of his ex-wife

Newark police veteran arrested for the murder of his ex-wife

JEFFERSON TOWNSHIP, N.J. – A 24-year Newark police veteran has been arrested Monday after shooting and killing his ex-wife and wounding her boyfriend, prosecutors say.

The Essex County Prosecutor’s Office, according to the Associated Press, announced that Newark police Lt. John Formisano was taken into custody early this morning at his parents’ home in Livingston, just hours after the shooting occurred in Jefferson Township.

Officials say the 49-year-old lieutenant was off-duty at the time. Moreover, they said he entered the woman’s home and began shooting at the couple around 11:20 p.m. Sunday night, before fleeing the scene, NJ.com reported. The motive of the attack is unclear.

“She ran out of that house, went to next-door neighbor banging on the door, yelling she had been shot,” Thomas Verrone, a retired Passaic County Sheriff’s Officer who lives in the area, told the website. “But it was late at night so no one answered.”

“He came out, followed her and she went to the other neighbor’s house. She opened the (screen) door and then he unloaded more on her, she fell there.”

Verrone said one of his two daughters heard gunshots.

“She heard the shots but she thought it was fireworks because kids run around doing that.”

Julie Rivera said she was visiting her boyfriend when the shots rang out.

Authorities have not released the names of the victims. The Morris County Prosecutor’s Office says the male victim “sustained serious injury” during the incident.

“More information will be released by the Morris County Prosecutor’s Office at the appropriate time,” the Jefferson Township Police Department posted on Facebook.