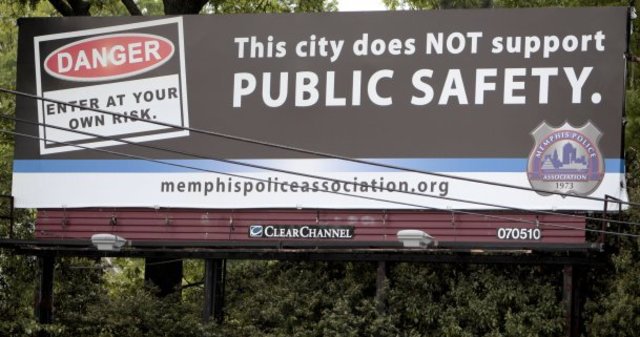 byLaw Officer
Share and speak up for justice, law & order...
Memphis continues its disturbing wave of homicides, hitting 151 homicides Monday. There have been five killings since Friday. Memphis Police Association President Mike Williams says the rate will grow unless something drastic happens.
“When you have 151 homicides, that affects everybody ,that affects the officers in that we’re trying to keep that, we’re trying to maintain,” says Mike Williams, Memphis Police Association president.
The alarming jump in homicides is something Memphis better get used to says Williams, especially with fewer officers on the streets.
“We’re down approximately 500 to be perfectly honest now. And I will tell you, just in the last couple weeks, we’ve lost several to the Secret Service, we lost several to the FBI,” he said.
Memphis finished with 161 homicides in 2015, a slight dip from the total of 168 in 2014. The bluff city is only 10 killings away from last year, and we still have a quarter of the year left.
“I will tell you most of them probably occurred in the inner-city. Most of them are probably people who knew people, individuals who were acquaintances. A lot of it was family related,” he said.
The Bluff City is on pace to finish with more than 225 homicides this year, which would exceed the record of 213 in 1993.
Read More

Share and speak up for justice, law & order...
Tags: memphismurderNewspolicerecruiting