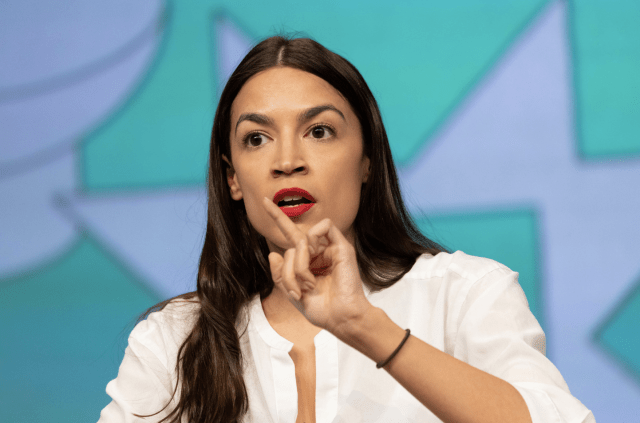 New York City – On Thursday, New York Representative Alexandria Ocasio-Cortez said that the United States can reduce the inmate population by simply “stop building” jails. But she had another idea that frankly, few if any have ever thought of.

“It is not acceptable for us to use jails as garbage bins for human beings. We need to treat people and see them as human,” Ocasio-Cortez said. “If we want to reduce violent crime, reduce the number of people in our jails, the answer is to stop building more of them.“

There it is and we are somewhat upset that we didn’t think of it first.

To Ocasio-Cortez, the idea makes sense because she seems to believe that violent criminals are simply mentally ill. The answer, according to her, is to stop building jails and build more hospitals so that criminals can get “mental health care.”

Rep. @AOC: "If we want to reduce the number of people in our jails, the answer is to stop building more of them … It's to support communities, not throw them away." pic.twitter.com/vj4BnNKEVV

Ocasio-Cortez’s comments come as violent crime has skyrocketed in America with  63 of the 66 largest cities seeing an overall increase in violent crime in the last year. That rise, coincided with Ocasio-Cortez and others endorsing the de-fund police movement.