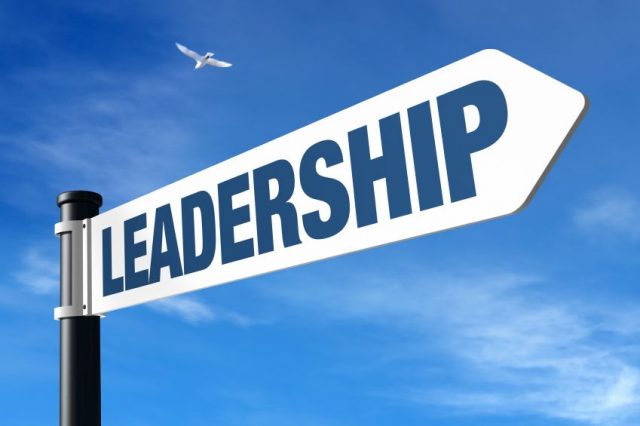 What motivates the people you lead?  Are they inspired, not just performance-effective, but moved by the conviction that something important and virtuous needs to be accomplished?  As their leader, they look to you for direction and inspiration, pretty daunting stuff if you’re not accustomed to thinking of yourself as the inspirational type.  But if you are caring and operationally competent, then you already have the basic tools to get the job done, provided you are willing to let your guard down and lead with emotional force.

In every organization where loyalty and self-sacrifice are necessary virtues, leaders employ ceremony and symbolism to appeal not just to their team members’ intellect, but to their emotions.  Have you ever attended the funeral of an officer whose life was lost in the line of duty? Heartbreak and pride intermix as colleagues honor courageous selflessness, powerfully reminded that they too might one day be called upon to make the same sacrifice.  Somewhere in the forefront of that funeral ceremony is a leader helping his people make sense of the tragedy and recommit to their mission.

But ceremony doesn’t have to be tied to heroics.  Visiting the company lunchroom to recognize an outstanding employee permits a leader to draw on the motivational power of ceremony.  Publicly and formally thanking a conscientious team member reminds the team that hard work and loyalty mean something.  Professional ritual, powered by sincerity forms a bond between leaders and their teams.  This is so intuitive that one wonders why so many leaders fail to recognize the value of ceremony or waste powerful bonding opportunities through inadequate preparation or half-hearted performance of ceremonial duties.

Officers want their leaders to be a cut above average.  Particularly in crisis, they need reliable and approachable leadership to move them with the right message at the right time.  Learn to speak to your team and to your wider audience with confidence, clarity, and honest emotion.  No one did this better than Sir Winston Churchill.  In 1940, after narrowly failing to annihilate the British expeditionary force on the beaches of Dunkirk, the Axis turned its attention to England.  Invasion seemed imminent.  People were afraid.  This set the stage for Churchill’s June 18, 1940 speech to the House of Commons, which famously concluded:

Let us therefore brace ourselves to our duties, and so bear ourselves that, if the British Empire and its Commonwealth last for a thousand years, men will still say, “This was their finest hour.”

There was an air of theater in Churchill’s speech, both stirring and subtly calculated.  At this critical moment, he needed to reach deep into his listener’s hearts, so he dramatized his appeal.

The word, “Drama” comes from the Greek term for an “Act” or “Deed.”  In the hands of a skilled communicator, drama elevates communication to a motivational plane by introducing a performance element that stimulates and influences the listener.  Drama lifts the message out of the cold and mathematical shallows of objectivism and shifts the discussion into the deeper subjective realm, where emotions, values, and aspirations reside.  In this emotional domain, Churchill came face to face with his countrymen and made common cause with them.

Use Humor to Displace Negative Emotions:

On March 30, 1981 a would-be assassin shot President Ronald Reagan outside a Washington D.C. hotel.  From the swirling confusion, reports emerged of the gravely wounded President joking with the medical staff at George Washington University Hospital.  “Please tell me you’re Republicans,” he quipped as surgeons entered the operating room.  Whether strategic or spontaneous, his choice of words injected  humor into dire circumstances.

When we are confronted with an event that conforms to what we expect, we may not pay close attention.  But let a challenge make a hash of our comfortable expectations and we immediately perk up.  Put another way, people tend to ignore the messages they expect to hear, but their attention is captured by messages or images that are discordant or unexpected.  Like humor.

We can’t all captivate an audience like Churchill or perform gallows humor like Reagan.  Formidable wordsmiths are notable for their rarity.  But there is tremendous power in truth – simple sincerity, artfully conveyed.  As you strive to motivate your officers, keep in mind the value of symbolism, language, and humor, and don’t be afraid to lead with your heart on your sleeve.

Daryl Webster is the Assistant Superintendent of Lemon Creek Correctional Center, Juneau Alaska and editor of the Lemon Creek Journal, a quarterly e-publication of the Alaska Department of Corrections. He retired from the Tulsa Police Department as Deputy Chief of Police in 2014. He holds a Juris Doctor Degree from the University of Tulsa and a Bachelor of Science Degree in Business Administration from California State University, Fresno.