Leadership Tips From a SEAL

Leadership Tips From a SEAL 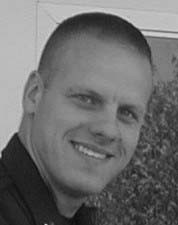 A few months ago, several members of my department and I were fortunate enough to spend an evening listening to Marcus Luttrell. Luttrell is a retired United States Navy SEAL. In 2005, Luttrell participated in Operation Red Wings, which left him severely wounded and three of his team members dead. Sixteen others died in a helicopter that had been shot down while flying in to rescue the SEALs. Luttrell has since written the New York Times #1 bestseller Lone Survivor, which formed the basis of a 2013 blockbuster film. Luttrell’s presentation was an account of how his team dealt with overwhelming odds in battle.

When you’re lucky enough to get close to a warrior of Luttrell’s caliber, you should keep your mouth closed and your ears open. As I listened to the presentation, I identified several helpful caveats that apply to those who protect and serve. I wanted to share some of those points with my fellow law enforcement officers.

Be on Time
Luttrell asserted that early in life he learned that when someone tells you to be somewhere, you need to arrive at least 15 minutes early. He pointed out that “situations are always changing. If you show up late for a mission, it could cost people their lives.” This rule also applies to law enforcement. Many times, I have reported to work only to discover that an incident has occurred and extra officers are required. Criminals will not offer a “time out” for officers who arrive two minutes before a briefing or shift change. Don’t be the man or woman who arrives to work at the last second and then tries to get on the same page as everyone else who arrived early. When people rush, they often neglect to properly check their gear, vehicles, and equipment. Being fully prepared requires being on time. If you don’t arrive 15 minutes early, you might as well arrive 15 minutes late.

Use Your Senses
Luttrell described an instance where goat herders startled him while he was hiding at an observation post. The herders had come upon his location undetected. He talked about how he had not seen, heard, or smelled their presence. They just appeared—seemingly out of nowhere. This made me think of how important using your senses is in law enforcement. Think about the last time you heard about an officer who apprehended someone after first hearing gun shots, breaking glass, or arguing. I know an officer who was on foot searching for a burglary suspect when he smelled smoke. He used his nose to sniff out a house fire. He ended up forcing entry into the home and saved an entire family from the fire. Don’t be the officer who drives around with his or her windows rolled up, oblivious to the smells and sounds that are occurring just outside the patrol car.

Be Part of a Team
Luttrell stated, “As an individual, I was never great at anything. But put me with a team, and I become a link. Not the strongest or the weakest, but a link of the team.” All of us in law enforcement are part of a team. People in your unit, shift, or agency may shoot or fight better or be smarter, bigger, faster, or stronger. But in the end, we are all simply links of the chain. We all need to all work as a team to identify weak links and strengthen them.

Set Goals
Luttrell declared, “The day you stop setting goals for yourself is the day you die.” Do you have goals? If you are not working toward something, what are you doing? Don’t be an officer who is merely collecting a paycheck; challenge yourself. Set some achievable goals and work toward accomplishing them. Every day, we should be doing something to make ourselves better than we were yesterday.

Never Give Up
At one point, Luttrell offered a particularly inspirational statement: “I will never quit. My nation expects me to be physically harder and mentally stronger than my enemies. If knocked down, I will get back up, every time. I will draw on every remaining ounce of strength to protect my teammates and to accomplish our mission. I am never out of the fight.”

In Operation Red Wings, during a 6-hour firefight, Luttrell sustained a fractured pelvis and a broken back and was shot and fragged several times. Everyone on his team had been killed. He was lying on his stomach crawling away from Taliban fighters who were hunting him. Just moving hurt, but he grabbed a rock and drew a line in the dirt. His goal was to pull himself past that line. Once he accomplished the goal of crossing the line, he drew another and worked toward crawling past it. This went on until he had crawled seven miles. Luttrell could have given up and died. After what he and his team had suffered, anyone would have understood that impetus. But he refused to quit.

As trainers, we tell officers that if they are shot and conscious of being so, that is good. If you are alive and aware you have been hit, you are much more likely to survive. What you should not do is sit there and wait to be saved. Sometimes you have to save yourself. You can do this by engaging in self-aid and staying in the fight. Carry lifesaving equipment, such as tourniquets and blood clotting agents. Make sure you have your gear with you and store it in a location where other officers know it will be. In our department, all officers place their lifesaving gear on their person and in the same location. If a teammate is shot or stabbed, I know exactly what he or she has and where to get it. Gear left in your car will not help you if you are trapped in a house, on a street, or in an alleyway. If you don’t have tourniquets, or you have already used them, think outside the box. Identify items you carry or wear that you can use as a lifesaving tool. For example, you can use belts, flex cuffs, shoelaces, and tampons to stop bleeding.

Be a Quiet Professional
Navy SEALs are commonly referred to as “quiet professionals.” They are highly skilled warriors known for showing extreme discipline. But they are very low key. Law enforcement officers must exhibit professionalism at all times. We are continually being videotaped, photographed, and followed by people and media with an agenda. Don’t get caught up in the moment and fall prey to those who bait law enforcement in attempts to get us to react and behave unprofessionally. The media seems to love negative stories about police. Don’t give them the ammunition.

Conclusion
Luttrell will tell you that he is no superman. He claims to be just an ordinary guy. I would argue that he is well trained, highly disciplined, and difficult to kill. But the reality is that he is much like many of the men and women who serve in law enforcement. He chose a life of service and wanted to accomplish his missions to the best of his ability. Isn’t that what we all want? To serve and protect to the best of our ability? The job is not about trying to be perfect, but about learning from our mistakes and taking small steps each day to become better than we were yesterday. In this, we can draw inspiration from a Navy SEAL motto: “The only easy day was yesterday.”

If you ever find yourself on the receiving end of gunfire, keep fighting and never give up. Remember that if you get shot, that does not mean you are down and out. Fight to your last breath. Know that on any given day, you could make the ultimate sacrifice. If that day comes, go out like a warrior, with your boots on in a pile of brass. If you survive the encounter but lose a brother or sister, honor him or her like Luttrell honors his fallen comrades. Don’t allow those sacrifices to be forgotten. A hero remembered never dies.

Lt. Chris Cole is a 21 year veteran of the Storm Lake (Iowa) Police Department.  He worked as both a patrol officer and detective before being promoted to Lieutenant.  Lt. Cole has been named Police Officer of the year and is the recipient to the law enforcement medal of valor for his role in a gun battle with an armed murder suspect.  Lt. Cole is currently assigned to the patrol division as a shift supervisor and team leader of the SLPD Tactical Team.  Lt. Cole holds a bachelor’s degree in police administration from Bellevue University.  He is a graduate of the Iowa Law Enforcement Academy and is a firearms instructor, submachine gun instructor, rifle instructor, active shooter instructor, A.L.I.C.E. instructor and Below 100 instructor.  In 2010, the VERA Institute of Justice and Legal Momentum participated in a joint project funded by the U.S. Department of Justice, Bureau of Justice Assistance.  Lt. Cole was one of several officers selected from various agencies across the county to create a train the trainer curriculum for dealing with immigrant crime victims and the use of the U-Visa for crime victims.