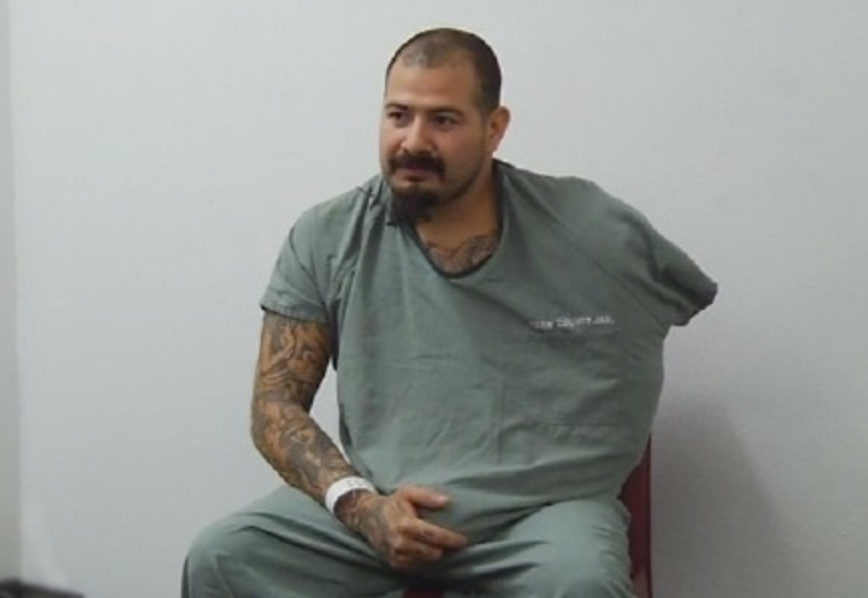 Jose Vacas claims he was testing a "theory" about police brutality when he was shot 9 times.

A convicted felon exited his vehicle during a traffic stop with a rifle to test a “theory” about police brutality—and was shot at least 9 times, according to a KBAK/KBFX news report.

Jose Vaca was driving his car and was pulled over in Bakersfield, CA on Dec. 19.

That’s when he exited his vehicle holding an unregistered .22 semi-automatic rifle: “I come to the front of the police vehicle, and I put [the] butt of the rifle on the [ground], and I just, like, put my hand up,” Vaca explained.

As a convicted felon, Vaca was aware that it was unlawful for him to possess a firearm, which he says he purchased at an auction and planned to sell. Instead, the gun became part of his experiment—and state’s evidence.

Shortly after exiting his vehicle, Vaca was shot at least nine times by a Bakersfield Police officer.

Vaca reported that, “Soon as I hit the ground, I just attempted to play dead, and they fired a few more shots at me from the back as I was lying on the ground.”

Vaca reported that he was not suicidal; he did not want officers to shoot and kill him. And he says he had no intention to shoot police officers.

Instead, Vaca claims he exited his vehicle with the rifle to test his “theory” about police brutality.

According to Vaca, it seems the traffic stop was little more than an impromptu testing of an hypothesis.

Vaca explained to a KBAK/KBFX reporter that, “First thing that came to my mind is I’m already going to get pulled over. I know they’re most likely going to take me in, but I’m going to need to try my theory real quick and see that it’s true, so she can believe there is good officers in the world.”

Vaca elaborated upon his philosophical notion, explaining that he had a friend whose husband was killed by law enforcement several months ago.

“I told my friend one day that I wanted her to believe all police officers are good,” explained Vaca.

And as it so happens in the civic-minded pursuit of science and philosophy, Vaca’s theory seems to have proven unexpected results.

Despite exiting a vehicle during a traffic stop—with a loaded rifle—Vaca had expected a different result: “What I was hoping for them to do was tell me, ‘Drop the gun! Back away from the firearm! Get on the ground! Turn around!’ And it was going to be an arrest,” he elaborated.

“But I was completely wrong,” Vaca explained, having survived the shooting.

Although he has been shot, arrested, and charged with various criminal offenses—and admittedly proven wrong by his own theory—Vaca maintains that “good cops” exist.

When asked if there were any good cops, Vaca quizzically replied, “Yeah, because they didn’t know what to expect.”

Share and speak up for justice, law & order...
Tags: Newspoliceriflevaca