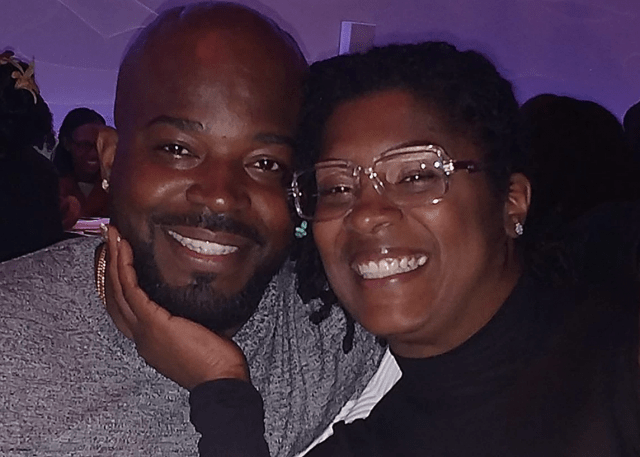 NEW YORK – A city corrections captain was suspended last week when a disturbing rant calling for “cop killers” to “stand up” came to light on a Facebook account she shares with her husband. The social media post infuriated the law enforcement community.

“F–K THE POLICE…. ITS TIME WE SHOOT BACK!!! COP KILLERS STAND UP!!!!” reads the all-caps screed posted to the joint account of Rikers Island-assigned Capt. La Shonda Stanley and her husband, Rashid.

The diatribe referenced a pair of recent attacks in which NYPD officers were drenched with buckets of water in the city.

“Y’ALL UPSET ABOUT SOME PIGS GETTING WATER THROWN ON THEM,” it continues. “THEY’RE LUCKY THEY DIDN’T GET SHOT WHILE MAKING AN ARREST!. ALL THE INNOCENT BLACK MEN AND WOMEN KILLED AT THE HANDS OF THESE PIGS.”

“She’s supposed to be a member of law enforcement and we’re supposed to have each other’s backs,” fumed one police source.

“The public is against us, but when other law-enforcement is against you, we’re really in trouble.”

Stanley — a Department of Corrections employee since 2004 — threw her husband under the bus after the heat was turned up, insisting that he was the one who authored the disturbing post.

“Oh, I didn’t make those comments,” said Stanley as she arrived at her Brooklyn home. “Yeah, that’s my husband’s comment.”

DOC nevertheless decided to make an example of her, suspending Stanley pending an ongoing investigation into the troubling message.

“I will not tolerate this type of behavior from anyone in my department against members of the NYPD or any other law enforcement officer in this country,” said DOC Commissioner Cynthia Brann in a statement.

Moreover, Stanley’s union, the Correction Captains’ Association, offered her no support from the fallout.

“It’s really embarrassing to have anything like this posted online,” said President Patrick Ferraiuolo. “We certainly don’t condone what was said. We are quite disappointed. We support the men and women of the New York Police Department.”

The diatribe also references the recent decision by federal prosecutors not to pursue charges against Staten Island cop Daniel Pantaleo related to the 2014 death of Eric Garner.

“Y’ALL FORGOT ‘ERIC GARDNER’ [sic] KILLER JUST GOT OFF WITH MURDER, ON CAMERA!” reads the post, which was private and not available for public viewing.

The hateful writing even puts in the cross hairs “so called good cops” who insist wrongdoers are just bad apples tarnishing the reputation of honest law-enforcement.

“DEATH TO YOU SCUMBAGS ALSO, YOU STAND BY AND ALLOW YOUR FELLOW OFFICERS TO DO WRONG, YOU GUILTY AS WELL!” the post reads.

According to the news agency, another law enforcement source called the post “an affront to all law-enforcement men and women who try to make this city safe.”

“It’s even more disgusting that this is a supervisor who’s supposed to set an example,” said the source.

The New York Post left a voicemail message seeking Rashid Stanley’s side of the story but it went unreturned.