Patrick Shrum is a U.S. Marine, Military Police Veteran. Patrick graduated as the Distinguished Honor Graduate of his Military Police Academy class and was specially handpicked for Presidential duty. He protected and guarded President Bush and President Obama for 5 years. Shrum is a certified SRT S.W.A.T. Operator, Crime Prevention Specialist and FTO/Field Training Coordinator. Shrum is a former LAPD Officer and former Southern California Police Detective. He has received many awards to include The Presidential Service Certificate Award for Honorable Service in The White House from President Obama, and five Letters of Appreciation from the Chief of Staff to The President, The White House. He received the Good Conduct Medal, The Global War on Terrorism Service Medal, and the National Defense Service Medal, the Joint Meritorious Unit Award, Navy Commendation, and the Presidential Service Badge. He received law enforcement’s highest accolade-the Medal of Valor Award in reference to a dangerous officer involved shooting. This award gave him many commendations and recognition. To name a few, he received recognition from the State Legislature Assembly, from two State Senators, and Congressional recognition for his bravery and courage. He has also authored a book that was published called “Beyond the Briefing Room, Life on the Beat.” Patrick Shrum was also selected to be interviewed by “9-1-WHAT?” PODCAST Episode 30 discussing his career highlights. Patrick Shrum is a very enthusiastic and motivated individual. Being in military and civilian law enforcement for approximately 13 years, he prides himself in being a well-trained consummate professional and elite kind of operative. Shrum is currently working on completing his bachelor’s degree in criminal justice leadership and management studies. 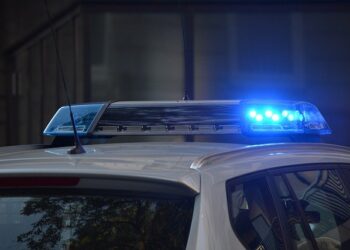 Keep the crooks posted. The knock and talk and the walk and talk-criminality cloaked in the guise of innocence. The art of pursuing wolves in sheep’s clothing. What is the consensual encounter? “What’s going on dude?” “What’s shaken?” “Ain’t nothin’...