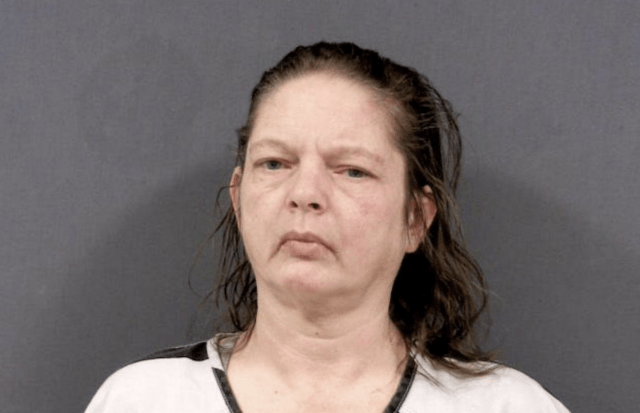 MONROE COUNTY, Mich. – A Michigan woman was given jail for hiding her boyfriend’s death after living with his body and spending his money up to a month after he died.

Angela M. Shock, 50, pleaded guilty to concealing a death and illegal use of a financial transaction device in connection with the death of her 61-year-old boyfriend whose body was hidden at her apartment. His name was not released, reported The Monroe News.

Shock was sentenced to 180 days in the Monroe County jail on those charges Thursday morning in Monroe County 38th Circuit Court. During the appearance she apologized for her actions before the judge. Consequently, as part of her sentence, she was ordered not to contact the decedent’s family.

As a result of her plea with the Monroe County Prosecutor’s Office, an additional charge of illegally using a financial transaction device was dismissed.

“It’s a deplorable thing you did Ms. Shock, but I see … there was a mental health component that came into play,” said Chief Circuit Judge Michael A. Weipert before imposing his sentence.

“I don’t think this (sentence) necessarily brings peace to the (deceased’s) family, and I’m sorry for that, but I believe this to be a fair and proportionate sentence.”

The investigation began on April 3, when police were dispatched to the 600 block of Harrison St. after the deceased’s family requested a welfare check, according to reports. The family reportedly had not heard from or seen the man in several weeks.

When responding officers were unable to make contact, reports said they requested a meeting with the property’s owner for assistance. The second time officers approached the residence, Shock reportedly answered the door and police quickly identified the odor of a decomposing body.

After admitting her boyfriend had died several weeks prior, Shock was taken to the hospital for a medical evaluation because police suspected mental health issues, according to reports. However, she was taken into custody April 4 after her release from the hospital.

Police reported that the man died of medical issues, and they did not suspect additional crimes.

Nevertheless, after further investigation, it was discovered that Shock used the decedent’s bank cards after his death. She later told court officials the man, whom she reportedly had been dating for about a year, was her only means of financial support.

Shock is believed to have had criminal history, including charges of stalking, burglary and destruction of property, according to court testimony. Furthermore, the Michigan woman reportedly had a warrant out for her arrest for failing to appear in court on domestic violence charges.

If she violates probation, the judge said she likely will face prison time.