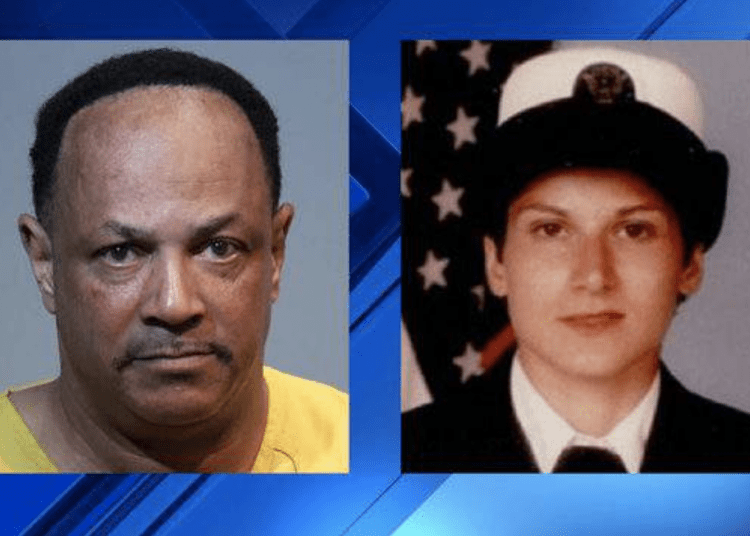 SANFORD, Fla. — A dental hygienist accused of killing a U.S. Navy recruit nearly 40 years ago has been found guilty of first-degree premeditated murder. He was subsequently sentenced to life in prison for the crime, according to reports.

Thomas Garner, 61, was convicted by a 12-member jury Thursday at the Seminole County Courthouse in Sanford, about 25 miles northeast of Orlando. Garner was on trial for fatally beating and strangling Navy recruit Pamela Cahanes in 1984 before dumping her body in an overgrown field.

“Pamela Cahanes enlisted in the Navy to fight for her county. Instead she had to fight Thomas Garner for more than [eight] minutes, only to lose her life.” Assistant State Attorney Anna Valentini said in a statement, according to the Orlando Sentinel. “We’re grateful we were able to win this fight for Pamela and her family. I hope they can rest easier knowing that tomorrow, and every day after, Thomas Garner is going to wake up in a jail cell knowing exactly why he’s there.”

Garner and Cahanes were both classmates at the former Orlando Naval Training Center. She had just graduated from boot camp before she was found dead Aug. 5, 1984.

The cold case went unsolved for years. However, Garner was arrested in 2019 after investigators surveilling him found DNA that matched semen found on Cahanes’ underwear, according to the news organization. Advancements in technology also helped the cold case progress years later.

He was living in a 600-square-foot apartment while working as a dental hygienist in Jacksonville, Florida, at the time of his arrest.

During his trial, Garner maintained his innocence. He testified that he was “pretty promiscuous at that particular point in time,” but denied killing her, FOX 35 of Orlando reported.

“If I had casual sex with Miss Cahanes, I probably wouldn’t remember, being that long [ago], because it was nothing of a relationship,” he said, according to the station.

Last month, Garner also came up as a preliminary DNA match in a September 1982 murder in Honolulu. Kathy Hicks, a Delta Air Lines employee from Atlanta, went missing during a visit to Hawaii. Her body was found beaten and strangled near a ravine, records show.

Similar to the Cahanes case, investigators matched DNA found on Hicks’ underwear to Garner, who was stationed in Hawaii from April 1980 until October 1982, according to News4Jax.