Cops Who Kill Are Not Killers 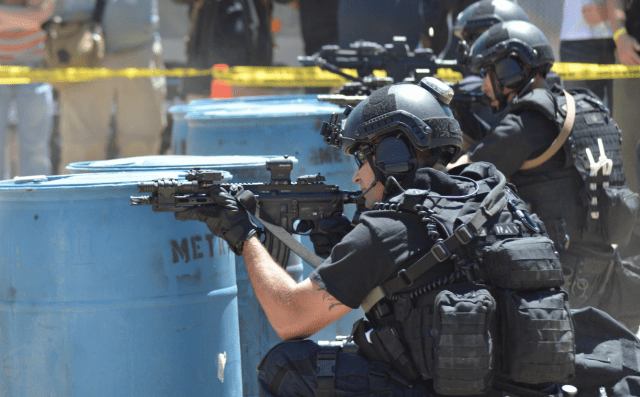 Cops who kill are not killers!

The headlines often read, “Officers Shoot and Kill Man.” While it’s accurately descriptive, it leaves the distasteful, misleading perception that cops are killers.

Cops Who Kill Are Not Killers

Just because lethal force becomes the option required to stop a threat does not make a police office a killer any more than he or she is a batterer when fighting a combative suspect. Moreover, police officers who engage in lethal force should NOT carry this burden.

Time to Slay the Dragon

I write today because I’ve read many accounts of peace officers who carry the burden of guilt and remorse. And it’s time to slay that DRAGON.

“Police Kill Ax Wielding Man” was the headline used during a fatal encounter I was involved in. After receiving medical treatment, sitting through the interview process, submitting my uniform and firearm into evidence, and talking to the department psychologist, I was PISSED when reading the caption the following day.

Yet it was accurate, so why was I mad? … Because it felt like they called me a “killer.”

I know I am not a killer. My family knows this fact. All three children and grandchildren know I am a loving husband, father, and “Papa.”

So what’s going on?

There are two significant facts I want to relay to assure officers and their families of their good standing as life-savers, not life-takers in the community.

First, when someone chooses action that requires officers to respond with lethal force, the suspect has chosen his demise. It is good for cops to develop the mindset that we do not shoot to kill, but to stop the threat. As such, we train to shoot center mass and in the head. This is the best way to stop a threat. Furthermore, it’s muscle memory, which is a reflective instinct. As a result, bad guys die.

A Winged Suspect Is Still Deadly

A criminal who threatens life should never be winged as so many effusive and ignorant personalities have argued. An injured suspect who is hell-bent on killing can be just as lethal. Once this person has crossed the line, it’s time to end the threat as effectively as possible—center mass and headshots—no apologies necessary!

When deadly force is legally deployed in response to a lethal threat, it is classified as a justified homicide. “Malice aforethought” is required for murder, and it’s glaringly absent when officers use deadly force in a justified manner.

Therefore, the person who used lethal force is not a killer, but a survivor!

That briefly covers the legal aspect.

Difference Between Kill and Murder

Second, let’s look at the spiritual aspect. I believe this is vitally important since so many police officers would categorize themselves as part of the Christian faith. Therefore, there are some who misunderstand Scripture. Allow me to explain as I am frequently asked about this topic.

Christian peace officers and family members occasionally get stuck on the biblical commandment, “Thou shalt not kill” (Exodus 20:13 and Deuteronomy 5:17 KJV). What happens when deadly force is required?

The Old Testament word used in Hebrew is “ratsach,” and was translated into the King James Version as “kill.” But the Hebrew word has a much broader definition.

Consequently, theologians agree a more accurate translation is “murder.” That is why the verse is translated, “You shall not murder” in the English Standard Version (ESV), New American Standard Version (NASB), New King James Version (NKJV), and the New Living Translation (NLT), among others.

Other than death by natural causes, scenes that include the deceased are labeled “Homicides.” Yet just because we have a homicide does not mean a crime exists. Homicides can be categorized accidental, suicide, justified, manslaughter, vehicular, or murder. There can be additional sub-categories as well. As a result, three of the categories are criminal, while three are not.

Therefore, if a police officer takes the life of another using lawful force, it is deemed a justifiable homicide. As such, there is no conflict with the command in Exodus or Deuteronomy that says, “You shall not murder.”

A justified homicide is not murder, in the legal or biblical sense! And the officer who is required to use lethal force to preserve life is a survivor, not a killer!