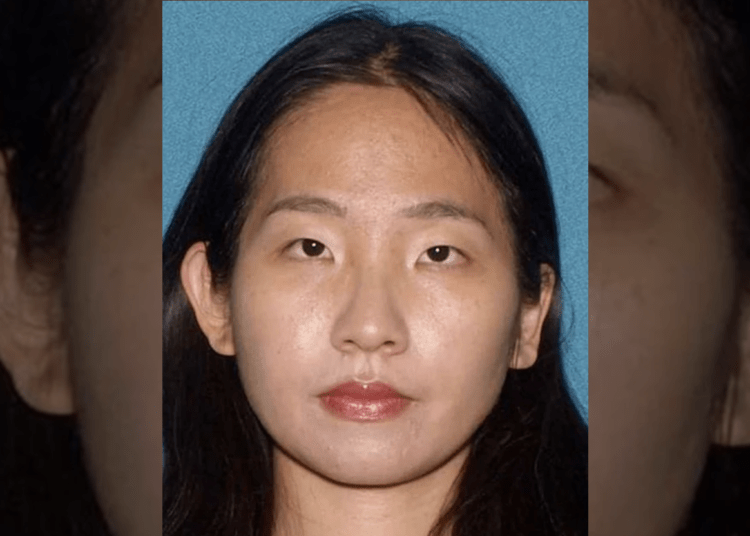 HILLSBOROUGH TOWNSHIP, N.J. — A mother in New Jersey was arrested for a double homicide Tuesday after her dead children were found “bound and restrained” in the backseat of her car, police said.

Yuhwei Chou, 36, of Skillman was taken into custody after the brutal discovery and is charged with two counts of first-degree murder. She is accused of killing her biological children, Samantha Ross, 7, and 10-month-old Paul Ross, according to the Somerset County Prosecutor’s Office, New York Post reported.

Police in Hillsborough Township responded to a 911 call of a vehicle that had driven off the roadway about 7:41 a.m. on Tuesday. Responding officers discovered Chou in the automobile and the kids in the backseat.

Police are investigating the events that preceded the children’s deaths as well as a motive for the crimes. Although information has been scant, police said a preliminary probe revealed that Chou “caused the deaths of her two children.”

Sources within law enforcement said the kids appeared to have suffocated, according to NBC New York.

A second source with direct knowledge of the investigation confirmed to the news outlet that at least one of the children — possibly both — was bound with duct tape over their eyes and mouth. There were no obvious injuries or wounds seen initially on the children’s bodies, the source said.

An autopsy was pending at the time of NBC’s report.

A source who was part of the investigation said that there were domestic issues between Chou and her husband, who was at work at the time the vehicle and children were discovered.

Samantha was a student at the private Waldorf School of Princeton, and previously attended Orchard Hill Elementary School, according to a police source.

The family home is about 10 miles away from where the car was discovered off the road.

Neighbors said the little girl, nicknamed “Sam,” was rambunctious, adding not hearing her play across the street will be an eerie reminder that she’s gone.

“She had set up a little lemonade stand at one time, even though we have no cars coming down our street, ever,” said a person simply identified as Wang. “She’s very spunky. She is a little spitfire, adorable, totally just the cutest little thing, but, yeah … just a little angel.”

The children’s father, James Ross, is an engineer at Bloomberg’s New Jersey offices, according to CBS.

Chou is due back in court next Tuesday.