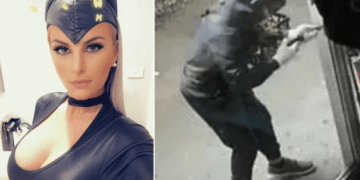 Woman with penchant for posing as Catwoman busted for masked crimes

Woman with penchant for posing as Catwoman busted for masked crimes 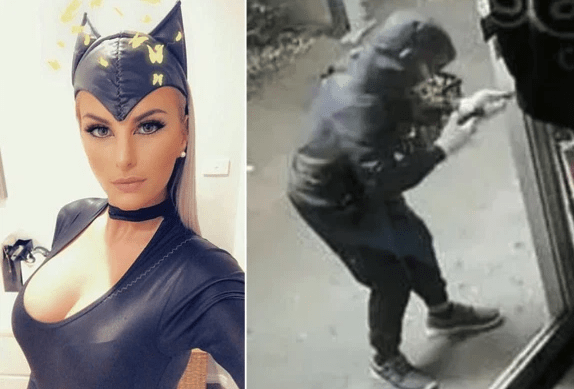 Monique Agostino, an Instagram model who poses as "Catwoman" was arrested for masked crimes. (Instagram/NSW Police)

A woman described as an Australian Instagram model with sticky fingers and a penchant for posing as Catwoman has been jailed after being arrested for the second time this year for a series of masked crimes, New York Post reported.

Monique Agostino, 25, was warned by Magistrate Jacqueline Milledge last year that her life was “going down the toilet,” leading her to make a veiled threat that if she harmed herself while in custody it would be the jurist’s fault, The Daily Examiner reported.

She told Milledge that she had “anxiety and depression” behind bars – but the judge told her that she could not keep blaming others for her bad decisions, according to news.com.au.

The former modeling entrepreneur, real estate agent and social media influencer began her life of crime about two years ago when she drove several teenagers to commit burglaries in Sydney, according to news.com.au.

The busty blonde – who has posted on Instagram as Catwoman – and the boys wore masks as they used a chisel to break open doors to businesses, including the Pound of Pizza restaurant on Nov. 6, 2018, when they were captured on video, the news agency reported.

Moreover, Agostino also tried breaking into a House of Fruit convenience store and the nearby Le Parisien Café – and also reportedly took part in a break-in at the Stanley Street Café, where $300 and a credit card were swiped, according to the report. She allegedly used the card to buy $11.55 worth of food at a McDonald’s.

About two weeks later, she was involved in a crime at the Forestville Bakery, where $1,000 was stolen, news.com.au reported.

Agostino was convicted and sentenced to two years in prison – and also was convicted of carrying a knife at a Target store, possession of crystal meth and stealing a $90 jacket at a shopping center, according to the outlet.

She appealed the sentence’s severity and was released on bail early this year. However, before a court hearing in July, Agostino was stopped by police on an outstanding warrant for violating conditions of bail.

Agostino’s appeal was later adjourned until Aug. 26, but when she didn’t show up in court, her motion was dismissed and a warrant was issued for her arrest. She was taken into custody again on Sept. 5, news.com.au reported. 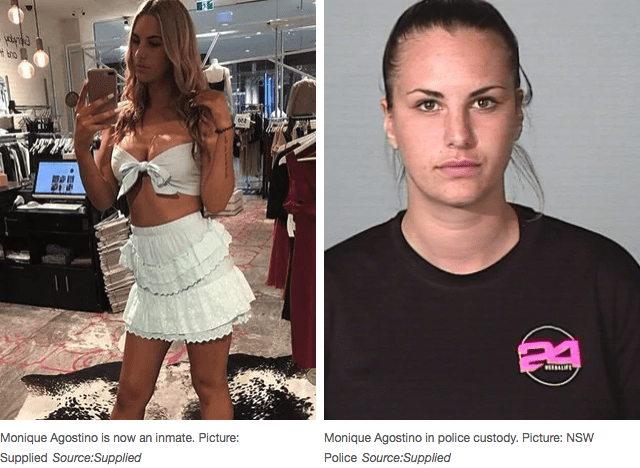 Her lawyer Pawel Kulisiewicz, who applied to reinstate the appeal, told Judge Dina Yehia that his client’s offenses had been “amateur hour” and that “they were always going to get caught.”

The judge reduced Agostino’s sentence to a maximum 12 months with a six-month non-parole period.

With time served, she will be due for release from the Silverwater Women’s Correctional Centre in October.