'He has been an incredible ambassador'

byLaw Officer
in News, On Duty 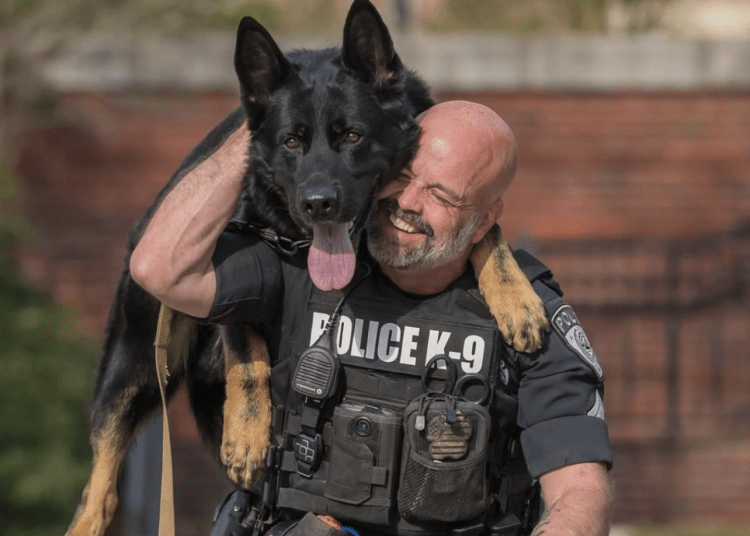 ALPHARETTA, Ga. — After five years of adventurous work, the most well-known Alpharetta police K9 can relax and enjoy his more than 200,000 Instagram followers.

“My favorite part about going to work is working with my best friend,” Tappan said. Thursday will be his first day of work without Mattis, he added.

Mattis became a police service dog in 2015 and has assisted with more than 200 arrests, the proclamation said. He was injured in 2016 after falling over a 30-foot retention wall while chasing a suspect and later received a medal from the police department for his bravery.

Last year, Mattis appeared on A&E’s “America’s Top Dog” and has been featured on such TV programs as “Entertainment Tonight” and “Good Morning America.” His appearances and popularity brought him followers on Instagram, Twitter and Facebook.

Tappan said he saw a social media opportunity with Mattis that could build a bridge between the public and police, according to AJC.

“He has been an incredible ambassador,” Tappan said. “It’s the way that he has brought people together is what stands out and makes it special.”