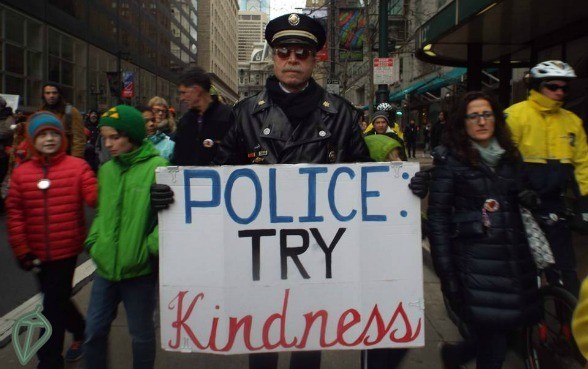 We Have Reformed But What About The Public?

We Have Reformed But What About The Public?

The talk about police reform in recent years has been at a fever pitch high.  Following the so called controversial incidents, such as Ferguson, which has very little controversy if you focus on the facts, the demands from the politicians to the activists have been non-stop and law enforcement has generally complied.

From placing fancy words in policy to community policing to de-escalation and implicit bias training, we have done whatever has been asked. That includes placing body cameras on on over 95% of the officers in America.  Despite the studies showing that body cameras have not impacted reform and deadly force not budging, it is becoming clear that law enforcement was never the issue and the issues were likely a fabrication of an evil media and opportunists activists.

As I have pointed out for years, the data is clear.  Law Enforcement, as a profession, is as good as it has ever been.  But who wants to look at facts when you can point to one police contact within millions of others and scream loudly for more reform.

At some point, law enforcement must stand up to the continuing screams of the liars and now may be the time. A day doesn’t go by where body cameras haven’t exposed yet another false allegation in law enforcement.  The latest revelation was when a Texas State Trooper was accused of a brutal rape at a traffic stop earlier this week.  The national media and shameful activist Shaun King went to work on the story and by the time they were done, a good Trooper was getting death threats and millions were outraged.

But there was one problem.

The body camera footage showed nothing but a professional traffic stop.  The media quickly recanted but King is weak and has yet to apologize. The professionalism of that Texas Trooper and how citizens were treated in every video I have watched that debunked lies were strikingly and remarkably polite, professional and simply a pleasant experience to watch.

As the Washington D.C. Study has shown, body cameras have not changed use of force, complaints or arrests because we were never wrong but the recent videos of literally a Chick Fil-A Experience for these citizens did get me to thinking.

Maybe we have reformed but that reform was in customer service.  Think about it.  The Starbucks video showed one of the most non-confrontational and professional arrests you will ever see.  The lying NAACP Incident shows one of the nicest cops I have ever seen.  A politician calls another cop’s chief a ‘skinhead‘ and he doesn’t miss a beat in his tone and is as respectful as can be and I can go on and on.  Kindness is a pattern in every video you have seen.

It’s like cops are being over the top nice for the camera because they know the lies are coming…..and they are.

Honestly, customer service isn’t always great in law enforcement.  We are programmed to fix problems and lost in some of those problems are the people behind them so we can have a tendency to be a little blunt, short and even rude.  It’s not the norm but it can certainly happen.  I am now seeing the exact opposite so maybe I was wrong all along.

Maybe Body Cameras did reform us but not what was expected.  Maybe they made us nicer and the evidence of that is obvious each and every day a liar is exposed.

Law Enforcement has reformed but from the looks of the videos, those we come into contact with have a long way to go.  I won’t hold my breath waiting……..