War On Cops: ‘I Feel Like I’m Going To Get Shot Everyday’ 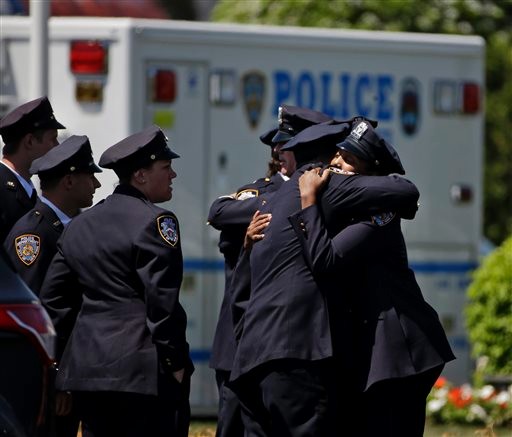 Whether they’re being shot at, cussed at, zapped with a stun gun or denied service at a restaurant, many police officers in Metro Detroit and across the country feel they’re being disrespected more than ever.

“Everybody thinks it’s cool to not talk to the police, and to hate the police,” Detroit Police officer Ki’Juan Anderson said. “The bad guys love this. A criminal will commit a crime, and nobody wants to tell us what happened. We’re trying to help them … and they say ‘get off my porch; I hate the police.’ ”

Anderson, who is assigned to the department’s Gang Intelligence unit, was in the Special Operations crew of Kenneth Steil in September, when Steil was killed in a shootout with a carjacking suspect.

Since then, 10 Detroit officers have been shot in the line of duty, while shots were fired at several other officers, including an incident July 20 in southwest Detroit near Chamberlain and Elsmere. Officers were responding to a call of shots fired in the area when a man shot at them. The officers returned fire and the suspect ran away.

Since Steil was killed, “I feel like I’m going to get shot every day,” Anderson said. “But I have to put that aside and go out there and do my job.”

Nationwide, 143 officers were killed on duty last year, the most in five years, according to the National Law Enforcement Officers Memorial Fund.

The organization’s “Mid-Year Law Enforcement Officer Fatalities Report,” released last month, found a 30 percent increase in line-of-duty deaths in the first six months of this year over the same period in 2016.

On Friday, six officers in Pennsylvania and Florida were shot, two fatally, in the space of a few hours.

“Most citizens are supportive, but we have a criminal element that has no reservations (about) shooting at cops,” Detroit Police Chief James Craig said. “They buy into the … anti-police rhetoric and they feel they have a green light to attack officers.”

During a free-speech rally Saturday in Boston, city police tweeted: “#BPD is asking individuals to refrain from throwing urine, bottles and other harmful projectiles at our officers.”

Share and speak up for justice, law & order...
Tags: detroit policewar on cops