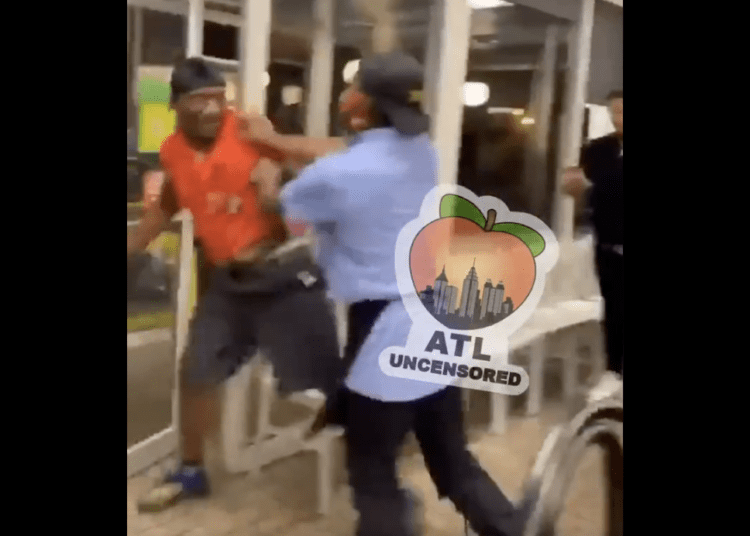 ATLANTA — A video shared on Twitter by ATL Uncensored has saturated social media as it shows two women arguing with another male customer who is sitting at the counter of a Waffle House located on Buford Highway in Atlanta.

The video cuts to the male customer being dragged out of the establishment by a Waffle House employee. The customer is seen throwing the first punch before the worker retaliates, punching the customer multiple times. The customer then falls to the ground, before getting up and continuing to fight with the employee, Fox News reported.

Several people poked fun at the situation on Twitter.

“Imagine thinking you winning a fight against a waffle house worker,” one user tweeted. Another joked that they are “convinced Waffle House got some underground fight club their employees are forced to participate in to keep their job.”