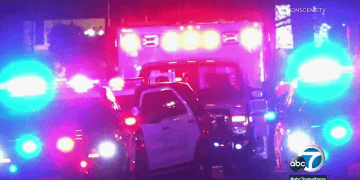 An overview of topics for the first Presidential debate. 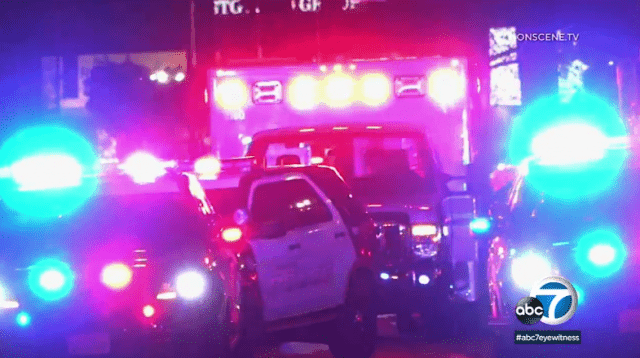 Presidential candidates Joe Biden and Donald Trump will debate for the first time. One of the six topics is protests, crime and violence in cities.

This is the second article in a two-part series, the first is Protests-Law Enforcement and Crime.

You can say that total violent crime was flat for the latest available data from the US Department of Justice or you can legitimately claim that violence increased or decreased based on what you are willing to include in your analysis.

More On This Topic

This article is from Violent And Property Crimes in the US. The full article provides a comprehensive overview of crime plus summations of Department of Justice research plus links to data. Additional sources are included.

There are additional reports (i.e., Gallup) indicating that homicide and violent crime is increasing.

Both the National Crime Survey and the Uniform Crime Report are products of two agencies within the US Department of Justice, the Federal Bureau of Investigation, and the Bureau of Justice Statistics.

This report has substantially changed from earlier versions to reflect current events and reports.

Judging whether violent crime is rising or decreasing has become difficult based on politics and differences in the way the Bureau of Justice Statistics via the National Crime Survey or the FBI presents their data.

But clarifications via email (see Violent And Property Crimes in the US  for the correspondence) from both agencies suggest that “all” violent crime was essentially flat for 2019 (National Crime Survey) and in 2020 via the FBI depending on the definitions used.

There are profound changes currently underway within American society regarding the Coronavirus pandemic, the loosening of COVID restrictions, the economy, the death of George Floyd (Wikipedia), the resulting protests and riots, and the dramatic increase in violence in many U.S. cities.

Some suggest that we are experiencing the fastest rise in murder rates since the late 1960s, NY Post.

Context-Historic Lows Before The Crime Increases In 2015

Have Past Record Lows (Before 2015) For Violent Crime Ended?

The answer as to record lows for violent crime ending is “probably” per the National Crime Survey for 2015-2019 (28 percent increase in violent crime), aggravated assaults and homicides increasing in 2020 per the FBI, increases in city violence for 2020, Gallup (violent crime tripling), the Major Cities Chiefs Association and the University of Missouri showing increases in violence in 2019-2020 (links below).

After decreasing slightly in 2018 and the first half of 2019, homicides and aggravated assaults are up in 2020 with overall violent crime being flat (0.4 percent decrease).

We have a report from the FBI for the six months of 2019. We do not have the full report for 2019 at the time of this writing.

The number of persons who were victims of violent crime excluding simple assault dropped to 1.2 million in 2019.

There was no statistically significant change in number or rate of total violent victimization from 2018 to 2019 when including simple assaults.

The National Crime Survey previously offered data including simple assaults stating that violent crime increased 28 percent from 2015-2018, which now, presumably, includes 2019 because there was no change in crime for that year.

Summary Based on Both FBI and National Crime Survey Data

You can say that total violent crime was flat for the latest available data from both sources or you can legitimately claim that violence increased based on what you are willing to include in your analysis.

But the bottom line is that violent and property crimes are still at record lows for the country and, generally speaking, have been decreasing for the last two decades except for recent years (since 2015).

Crime Is Increasing In American Cities-2020

You would think there was ample evidence of vastly increasing violent crime in cities in 2020 after the lifting of them pandemic restrictions. There are well-known sources stating the increase is overblown.

There is no one article documenting the considerable rise in urban violent crime during the summer and fall of 2020, but news reports suggest that the cities where protests and or riots have occurred are being hit the hardest, Governing.Com.

It’s African American communities that are bearing the brunt of the violence, NBC News.

In some cities, violence decreased before the lifting of COVID restrictions. During the lockdowns during the pandemic, Baltimore, Philadelphia, San Francisco, Washington, D.C., and Chicago all have witnessed a drop in crime of more than 30%. Violent crimes such as aggravated assaults and robberies also fell substantially, probably guided by the pandemic, NPR.

Yet all of these cities had relatively high rates of violence or increased shootings and homicides both before and after COVID restrictions were lifted.

For a starting point for a list of cities with increases in violence in 2020, see Fox News or the Wall Street Journal.

There is a study from the University of Missouri measuring crime in May and June of 2020 indicating that homicides were up 37 percent, aggravated assaults rose 35 percent, and robberies increased by 27 percent, The Crime Report.

Critics insist that violent crime is down per historical trends before 2015. Critics say that the increase in violence in 2020 is overblown.

Thus we have a fundamental question, which holds more importance, a 28 percent increase in all violent crime (including simple assaults) per the National Crime Survey (2015-2018), and the presumption that this applies to 2019 (no change in violent crime in 2019 when including simple assaults per BJS), a tripling of violent crime per Gallup, a rise in homicides and aggravated assaults in 2019 per the Major Cities Chiefs Association, a considerable and recent rise in homicides, aggravated assaults and robberies after the lockdowns by the University of Missouri, and vast increases in homicides and violence by COVID and Crime

data from the FBI documenting that overall crime was flat (decreased 0.4 percent) in 2020 but with increases in aggravated assaults and homicides? Per the FBI, in 2018 there was a decrease in violence of 3.3 percent. It decreased again by 3.1 percent for the first half of 2019.