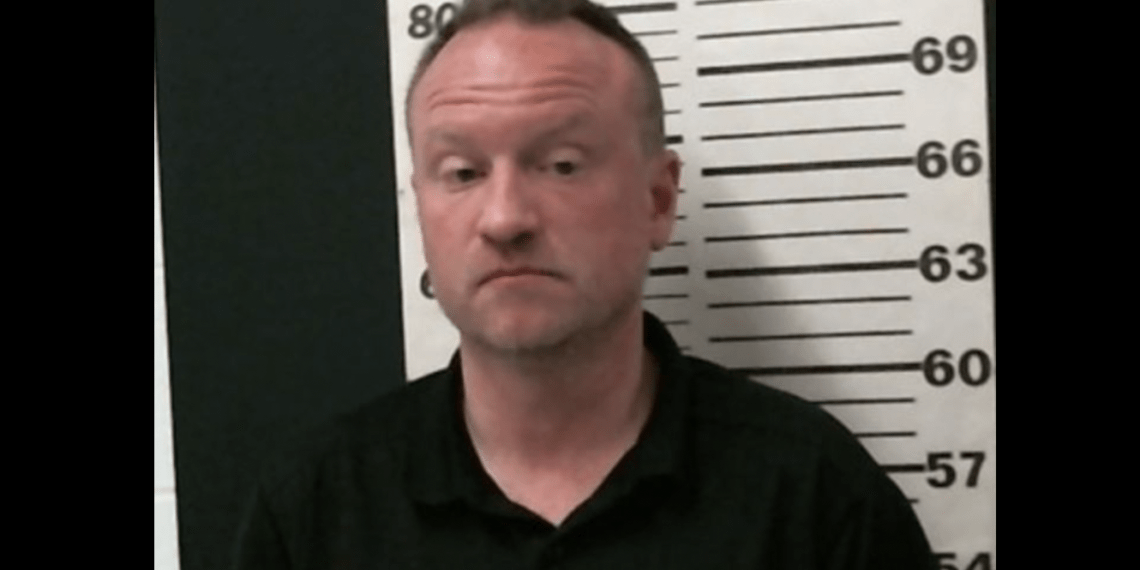 JUAB COUNTY, Utah — A Utah police officer is accused of abducting a family member on Thanksgiving amid bizarre behavior in which the lawman apparently believed he was “being watched by an unknown organization,” according to reports.

Russell and a relative — age, gender, and relationship not provided — went for a drive before their Thanksgiving meal in Provo, Utah, on Thursday.

While driving, Russell reportedly became “irrational and paranoid” and denied the victim’s request to be taken home. He exited the freeway in Juab County, then rolled the vehicle down a river embankment in the area of Sevier River Estates. He also took their phone and disabled it, the victim told police.

After the crash, Russell told the victim to lie on the ground, take off their shoes and remove any personal belongings, according to court documents. Russell then reportedly discarded the victim’s things, as well as his own gun that he carried in an ankle holster.

An officer with South Jordan Police was arrested after a strange series of events on Thanksgiving, including an alleged kidnapping, that he attributed to "being watched by an unknown organization." https://t.co/xgSuqq2cXK

The family member reported the strange series of events to police.

In the meantime, Russell, who was off duty, called 911 to say he was involved in a car crash “with no injuries,” FOX13 reported. Responding officers found Russell’s gun and his relative’s property in addition to the vehicle.

Police arrested Russell on Friday, but said it was “hard to follow [his] recollection of events” during a subsequent interview, the station reported. Russell reportedly “claimed he had been set up, and believed he was actively being watched by an unknown organization.”

He also said he ditched his gun so whoever was watching him could know that “he didn’t pose a threat,” according to the Tribune.

Russell is being held without bail on charges of aggravated kidnapping, aggravated assault, burglary, reckless endangerment, criminal trespassing, among others, FOX13 reported.

Spokespersons for the South Jordon Police Department and the Juab County Sheriff’s Office did not immediately respond to Fox News’ requests seeking information on Monday morning.