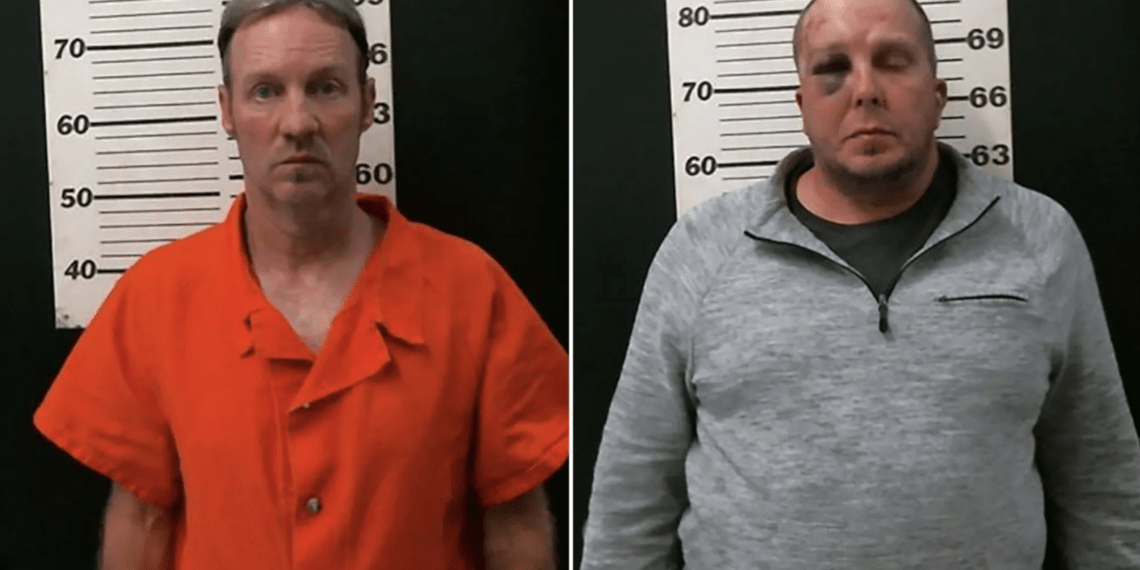 Troy Pexton, left, and Scott Blackett were arrested Friday after police found the body of a man believed to have been murdered dumped in the desert. (Juab County Sheriff's Office)

JUAB COUNTY, Utah — Two Utah men have been arrested in connection to the suspected murder of a 50-year-old man whose body was “discarded” in the desert, authorities said Friday.

Residents in Juab County reported to police that a man had been shot and his body dumped somewhere in the West Desert, said Juab County Sheriff Douglas Anderson, according to the Deseret News.

Investigations by multiple agencies led to the discovery of the body of Michael Caussey along the Brush Wellman Highway. As a result, two men have been arrested.

Troy Pexton, 56, and Scott Blackett, 41, have been taken into custody, according to law enforcement authorities. Both men are from Nephi.

Blackett reportedly was taken into custody after being treated and discharged from a hospital for injuries that were not life-threatening.

According to arrest documents, the victim, as well as Pexton and Blackett were in a truck together when a fight broke out between Blackett and the victim, FOX13 Salt Lake City reported.

The victim was repeatedly punching Blackett in the face, when Pexton intervened in the fight and shot the victim. A third party advised Pexton that he should dispose of the body, according to arrest documents.

Blackett told police and that he was sitting in the back of the truck when the victim climbed over the front passenger seat to beat him. Blackett said he suffered a concussion and lost consciousness, according to the probable cause statement.

Police said alcohol was present in the vehicle and all three of the men were drinking.

When officers investigated the vehicle, they found blood and a round stuck in the roof of the rear passenger seat.

Law Officer is the only major law enforcement publication and website owned and operated by law enforcement. This unique facet makes Law Officer much more than just a publishing company but is a true advocate for the profession.
Share—and speak up for law & order...
Tags: Juab CountyMichael CausseyScott BlackettSheriff Douglas AndersonTroy Pexton