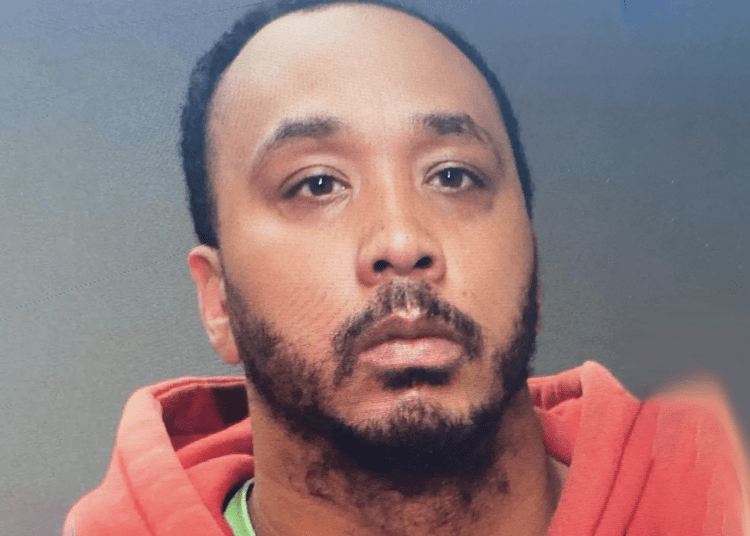 Jeremy Soto has pleaded to 15 crimes, and was hired by the Parks Department despite his long rap sheet. (NYPD)

NEW YORK — A New York City parks worker engaged in lewd behavior at a Manhattan playground, exposing himself to a mom and small child, urinating in the street and then laying down in the middle of Broadway traffic to fondle himself, according to witnesses and video footage.

“I’m high on PCP,” Jeremy Soto, 36, told police after he was arrested for exposing himself in May in Fort Tryon Park in Inwood, according to a copy of the police complaint. It’s also worth noting the city employee was on-duty, wearing a department issued uniform at the time of his arrest, New York Post reported.

It’s a bit mysterious how and why Soto was on city payroll, let alone working at a playground. He has a criminal history that includes 15 arrests dating back to 2003, according to the Post. Moreover, in January 2021, he pled guilty to twice grabbing the butt of a woman walking near the same park, police said.

“Why was he placed in a playground?” asked a woman who witnessed the May 1 incident inside the park. “I teach my children that if they get in trouble in a public place to look for someone in a uniform, and the idea that they could have gone to him is horrifying.”

The lewd conduct occurred on a Saturday morning as about 15 people were enjoying an outdoor Zumba class at the park’s playground area.

As the class was underway, Soto walked out of the building in a jacket which said “staff” and started moving to the beat.

“He was sort of dancing, gesturing to the music,” a witness said. “Everyone sort of laughed. The teachers were good natured about it.”

Although they ushered Soto away, he returned, making at least one woman feel uneasy.

“I noticed he was focusing on one of the teachers who was a female. He was staring at her in a way that made me uncomfortable,” she said. “He was sort of walking around after her in a menacing way.”

After being shooed away, Soto wandered over to a nearby set of swings for babies and toddlers, the Post reported.

“He took his penis out of his pants,” the witness said. “I saw him take it out and start swinging it around and gesturing, lewdly. Crude gestures. Sexual gestures toward a mother and her toddler on the swings.”

He began calling out to the woman to get her attention.

“It was awful. I was shocked,” she said. “An older woman next to me was very upset.”

Video shows him standing on Broadway, relieving himself before walking stiff-legged to the striped median, laying down and, with his left hand, playing with his exposed penis.

Soto, who lives a few blocks south of the park, was cuffed by police and taken into custody. He was subsequently issued a summons for exposure.

Soto was also arrested two days later after he reportedly accosted a woman from behind on a Bronx subway platform, grabbing her breasts and kissing her neck, public records revealed.

According to the New York post, Soto has pleaded guilty to 15 crimes over the last 18 years. He has served very little jail time for his offenses.

Soto was hired by the city in 2016, when records show he was in a job training program for the Parks Department earning $12 an hour. He also worked in the program in 2017, 2018 and 2019, records show. A Linkedin profile for a Jeremy Soto lists him as a park worker from August 2017 to present.

Parks Department spokeswoman Meghan Lalor said Soto did not disclose the January plea when he was hired in February. She said he was terminated on May 1, the Post reported.

“Sexual assault has no place at Parks. As soon as we found out about the arrest, Parks took immediate action to terminate Mr. Soto,” Lalor said.

As for why he was hired in the first place, the spokeswoman said, “If someone does list previous arrests on their application, we will look into them for any red flags, and further investigate as needed. We don’t automatically deny a candidate based on an arrest or conviction, and we don’t consider arrests where the case was dismissed. We also do background checks.”