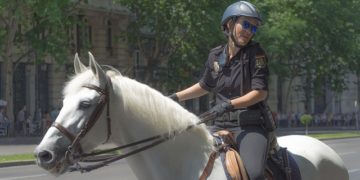 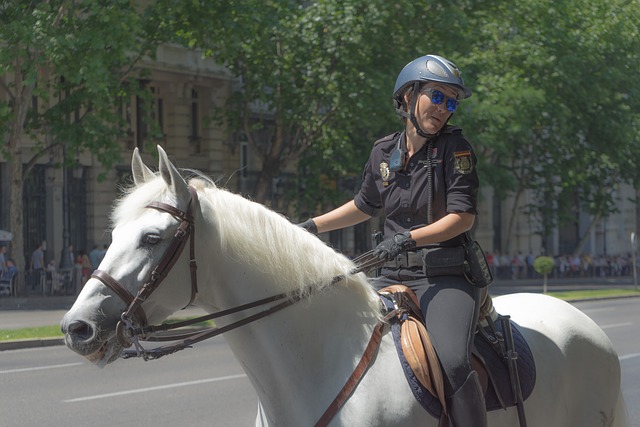 These three emotions alone are a combination of hopelessness, isolation, and paranoia. And to top it off with lack of sleep, increased stress, and the inability to relax, you have a recipe for disaster; yet this is what most officers’ lives look like behind the badge. It is no secret that the above emotions are exactly how most officers feel that has been made very clear by them and social media. The problem is that no one knows what to do with these emotions because police officers around the world have never been trained on how to handle them. The scrutiny of reaching out for help and the idea that an officer (at any level, patrol through commanding positions) may look weak will keep them fighting the good fight, all alone. Which, as we have seen, can end up with deadly results.

Police agencies and academies across the world need not to turn a blind eye to this epidemic as they can facilitate a dramatic change in outcome for a police officer’s career. The solution is simple. Officers need to spend as much time training on how to be emotionally and spiritually resilient as they do learning how to be tactically sound. This falls on the responsibility of the academy as well as the police agencies as this type of training should become mandatory. Spirituality is a culture shock to law enforcement and getting in touch with the side of themselves that no officer really wants to face is a trend in departments nationwide. Typically, officers are told to go see a therapist after a tough call or if they are really standing out and appearing like they are having a tough time. A lot of departments will take an officer’s gun and badge if they admit that they are having a hard time, not necessarily that they are feeling suicidal. In the department’s defense, they are trying to limit liability. However, taking away the very things that make an officer feel like they belong in this world, are not what that officer needs.

Officers need a mix of spiritual and practical tools, long before they reach their darkest days, that have been proven undoubtedly effective and are modalities the most successful people in the world use.

Meditation alone will change police officers’ lives if done every day for at least 10-15 minutes. The deep breathing that is accompanied by mediation as well as developing the skills to clear their mind, calm their nerves and connect back to themselves after every shift would help them dramatically in feeling human again. Meditation will also play a pivotal role in helping officers to learn how to relax during their off time. All people need downtime in their lives and for police officers, that is truly an understatement. With the amount of overtime, constant pressures from the public as well as within their agencies added to their plates, all officers need to balance their stress with relaxation. When this does not happen, the results manifest themselves in several ways but common consequences of constant stress overload are: having a short fuse, overreacting, becoming paranoid, treating significant others badly, constantly looking for the next adrenaline high, heart attacks, heart disease and making irrational decisions like eventually with the inability to cope in the “real world”. This is when officers take their lives.

Believing that there is a greater power than themselves will also be life-changing for many officers. They see the worst in humanity day in and day out, it is easy to lose faith that there is any good in the world. Officers need to find something good to believe in otherwise their minds will be taken over by the negativity that they see. They don’t need to find religion if they don’t feel called to, just a belief that there is a source out there that is good and bigger then they are. Having something to believe in will help when they face difficult situations throughout their career.

Many officers cannot seem to relax. It is due in part to the extremely high state of hypervigilance they are in continually, even off duty. Relaxing and not feeling anxious is something that veteran officers struggle with. So, providing tools to officers such as Emotional Freedom Technique (tapping), journaling, educating on acupuncture and other modalities that will help them to relax quite honestly can be a lifesaver.

Police officers tend to become one with the job. They do not self-identify as anything other than a police officer. While it is great that they are so passionate about their jobs the issue with this is that they lose sight of who they are under the badge. The inability to detach from the job keeps their mind spinning and unable to relax. It also does not allow them to feel human on their off time. Officers become hyper fixated on the job and forget about their own lives. This can lead to personal relationships becoming broken because they have lost sight of the things that matter most to them.

One of the biggest issues officers say they have is feeling unsupported nowadays. They do not feel supported by their agencies, coworkers, the public and sometimes by their own friends and family. This can lead them down a path of isolation and the belief that they are unloved which is never a good thing. While it is impossible to control whether others will support you, it is possible to allow oneself to feel supported by their source. Learning how to work with their source and becoming open to feeling supported will help them to feel not so alone and unloved.

Adding in emotional and spiritual principles to police training will change the effectiveness of policing as we know it. Happier and healthier officers will also lead to better relationships with the public. While these tools are unconventional within the ranks, it is time that law enforcement takes a different approach because the suicide rates are at an all-time high and they are not decreasing.

Autumn Clifford is a police officer from Maine who was injured in the line of duty and no longer works full time. She is now employed part time as a police officer while she runs her coaching business, which focuses on helping first responders with emotional, spiritual and mental wellness. Autumn is also a part time criminal justice college instructor, police wife and the founder and host of the Changing the Culture Podcast. www.thesheepdognation.com.
Autumn can be found on instagram @officerautumn or on her website www.autumnclifford.com.
What Are Your Thoughts?

Autumn Clifford is a police officer from Maine who was injured in the line of duty and no longer works full time. She is now employed part time as a police officer while she runs her coaching business, which focuses on helping first responders with emotional, spiritual and mental wellness. Autumn is also a part time criminal justice college instructor, police wife and the founder and host of the Changing the Culture Podcast. www.thesheepdognation.com. Autumn can be found on instagram @officerautumn or on her website www.autumnclifford.com.