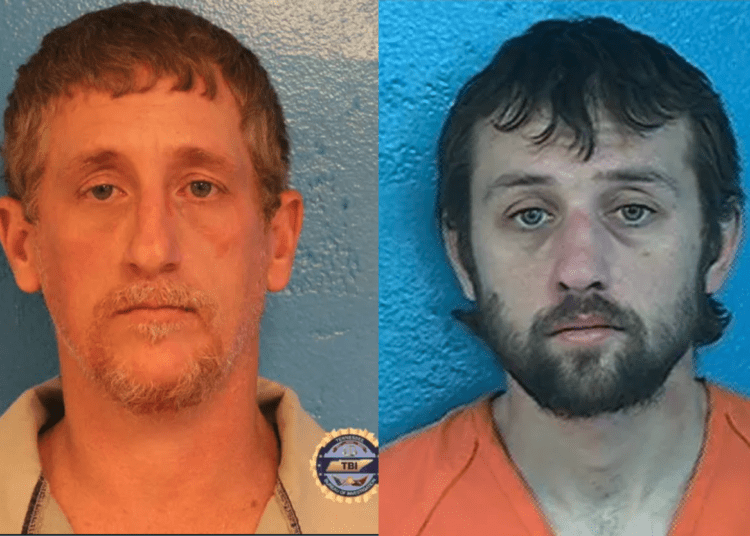 BLOUNTVILLE, Tenn. – Tobias Carr and Timothy Sarver escaped from a Tennessee jail last week. After engaging in more crime and leading police on a chase, the men are dead, authorities said.

Carr, 38 and Saver, 45, reportedly robbed a convenience store Monday before leading police on a chase in Wilmington, North Carolina. They were pronounced dead after their vehicle was disabled during the pursuit, Fox News reported.

Authorities did not immediately disclose the manner of death.

Johnny Brown, a third escapee, remains at large, according to the Sullivan County Sheriff’s Office.

The three inmates escaped from the Sullivan County Jail in northeastern Tennessee on Friday morning.

According to court documents, Carr was indicted in connection with the 2019 death of his wife, who was found deceased with stab wounds inside a home.

Brown, who remains on the loose, was convicted of domestic assault, aggravated stalking, harassment, and other charges.

The U.S. Marshals were offering a $7,500 reward for information leading to the arrest of each inmate, Fox reported.

Authorities believed the fugitives were in Virginia on Sunday driving a white 2001 Chevrolet Silverado pickup truck.

It’s unclear if Brown was with Carr and Sarver during the robbery and police chase.

Anyone who has information about Brown’s whereabouts is asked to call the Tennessee Bureau of Investigation at 1-800-TBI-FIND.