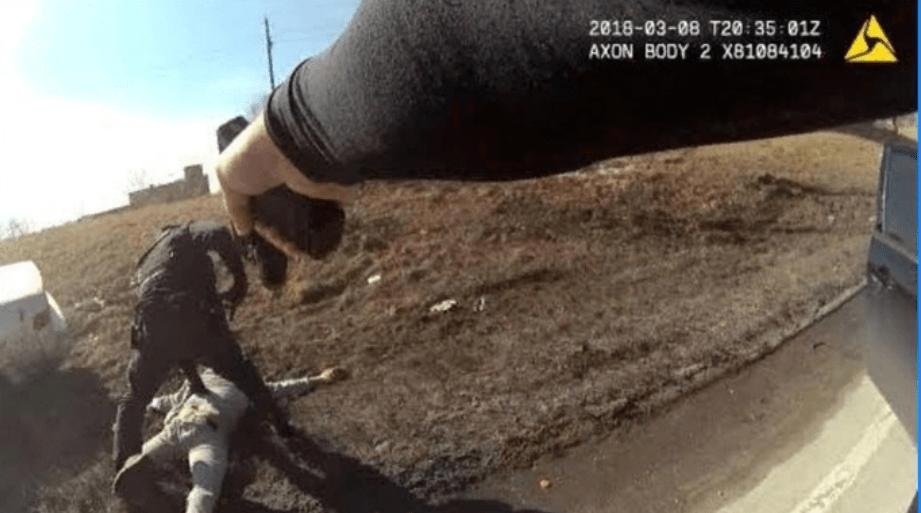 “Officer David Staskiewicz’s use of deadly force was justified.”

Well that didn’t seem too difficult.

Those are the words from Omaha Police Chief Todd Schmaderer from a press release on Friday, less than 24 hours after an officer involved shooting.

It is this action that so many of our police leaders are unwilling to do and it has caused damage across our profession.

Think any high profile shooting where protests, riots and the national media converged on a scene, only to find out months later that the officer complied with policy and the law.  While our profession can’t control some frenzied groups from marching and calling cops murderers, the facts of the incident, given to the public in a timely manner, certainly mitigates the damage that can be done.

As it stands today, law enforcement plays the silent game while everyone else, that knows nothing but memes about a case, yells in judgment.

Lies, falsehoods and false narratives reign after many officer involved shootings because frankly, there are some that have something to gain to do just that and the actions are designed to paint law enforcement in a negative light.

The typical response from our leaders is no response or the typical, “we are conducting an investigation” but that is, in most cases, ridiculous.

There is no one that knows more about an officer involved shooting after the shooting than the Chief or Sheriff.

The parameters, rules and policy on use of force is not exactly rocket science and Graham v. Connor is a well established standard that law enforcement across the country understands.

So when I say that law enforcement knows almost immediately whether a shooting is justified, I mean it.  Now, that is not to say that we automatically say “justified” when there are questions but in most shootings, including this one in Omaha on Thursday, all of the questions are typically answered immediately and it is clear whether a shooting will comply with the court established standard or not.

And while I know that there are investigations to follow and prosecutor reviews, the facts do not change.  The facts that our leaders know immediately after a shooting, remian the facts despite anything else.

That is why it has always amazed me that our leaders do not come out quickly and tell the public that shootings are justified.  It is even more amazing when today we often have video to review within minutes after a shooting and while there can be some issues with the immediate release of a video, there is absolutely no reason why our leaders should hold back on the facts.

Not doing so, when justification is clear, hurts the officer, the community and the agency.  Not doing so only opens up the door for unwarranted scrutiny and lies.

Activist groups that seek to harm us (which are different than groups that genuinely want to help reform) often speak about transparency but what is often meant is only be transparent when  it helps their agenda of negativity.  That is why law enforcement must be transparent about everything.

This concept is hammered in the conscious of the attendees at the Courageous Leadership Seminar and what almost everyone agrees that hears it is that complete and open transparency is a tremendous benefit to the profession.  Why would we release demographic and racial data on arrests without also releasing that same data on crime rates and victims of crime? One without the other has no context and with that same philosophy, why would we release video without a story or let others tell a story that only we have all of the facts on?  Why is it seen as “controversial” for the very ones that know the facts to tell the public those facts?

It’s simple.  Many leaders have been silenced because they operate in a fear that they will be accused of a number of things including racism, insensitivity, cop apologist and the list goes on and on.  I know most of these words because I’ve been called them all.  The very fact of what I’m advocating in this article will bring the cop haters out of their mom’s basement to the comment section, e-mail and even calling the agency I work for.  It is all done to silence because what I am saying is complete transparency and complete transparency works.

This doesn’t just work in shootings.  After NFL player Michael Bennett lied about the Las Vegas Police Department, Undersheriff Kevin McMahill immediately called a press conference and set the record straight and a week later released all of the casino footage showing the world that Bennett is a liar.  McMahill did so because he knew the facts and he knew that lies were being spread about the fine men and women at his agency.

You may not have heard about the Bennett incident and the actions by the Undersheriff is likely why.  When facts are given and narratives are set by the very ones that know the truth, law enforcement, the outrage is mitigated and all of our leaders would do well to learn from Undersheriff McMahill anbd Chief Schmaderer.