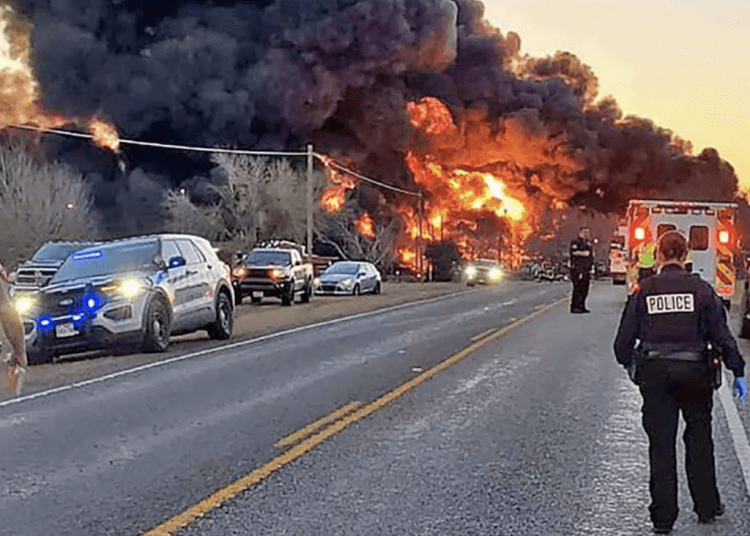 CAMERON, Texas — A train collided with an 18-wheeler outside Cameron, Texas, on Tuesday morning. The train, which was carrying oil tankers, exploded as a result of the crash, and authorities have labeled the collision a hazmat situation, according to the Cameron Police Department.

18-wheeler vs. train. No details on injuries or deaths. We have crew on the way.

Police first received communication about the crash around 6:45 a.m. and dispatched mutual aid to the scene.

Amazingly, both the train conductor and truck driver survived the crash without major injuries, local news KXXV reported. Additional injuries appear non-existent, although multiple ambulances were dispatched to the scene.

The fire is too hot right now so officials are letting it burn a little. All homes in the vicinity have been evacuated.

Approximately 13 to 15 train cars involved in the crash were carrying coal, fuel and rock.

Milam County Sheriff Chris White will be sharing more information about the collision later in the day.

Police are evacuating nearby houses and telling people in the area to avoid Highway 90.