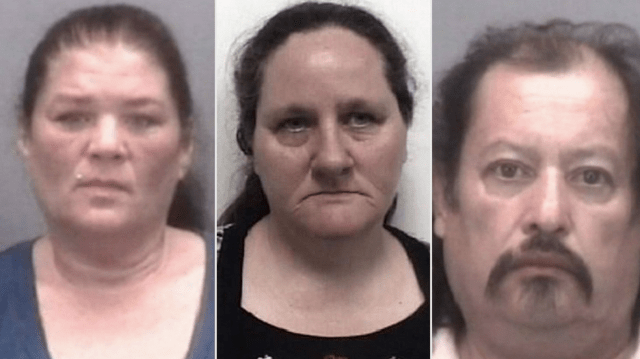 Alice Todd, center, allegedly swapped her child to Tina Chavis and Vicenio Mendoza for a 1992 Plymouth Laser, according to investigators. (Thomasville Police Department)

THOMASVILLE, N.C. – Three people were arrested in North Carolina on Wednesday after the mother of a 2-year-old girl reportedly traded her daughter to a couple for their car.

Alice Todd, 45, allegedly swapped her own child for a 1992 Plymouth Laser — owned by Tina Chavis, 47, and Vicenio Mendoza Romero, 53 — in 2018. The toddler was brought into a hospital in July with bruises, prompting a police investigation.

Ultimately, authorities said Todd gave the child to Chavis and Romero in exchange for a vehicle.

Consequently, the child was placed into the care of a family member.

“I’d see them out on the porch. She really took care of the kid,” she said.

The three were indicted Monday and charged with unlawful sale, surrender or purchase of a minor and jailed under a $50,000 bond each. They’re scheduled to appear in court Oct. 21.