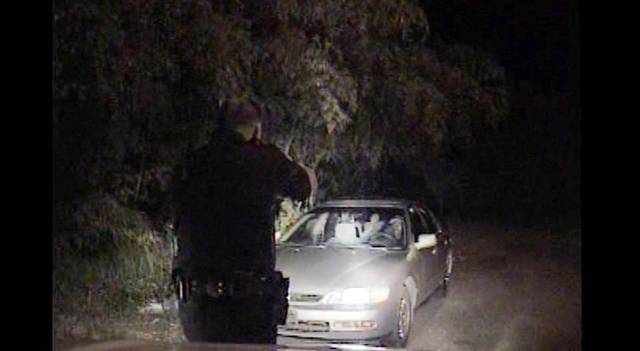 It seems to be the “go to” use of force policy change for 2016.  Agency Policy across the country has been modified this year to prohibit police from shooting at moving vehicles.

On the surface it seems to be a smart move but nothing is as simple as that and in law enforcement, rarely is anything black or white.

The idea did not come out of nowhere.  The Police Executive Research Forum (PERF) took a hard stance on the topic in their “Guiding Principle” Document.  Principle #8 says that “Shooting At Vehicles Must Be Prohibited.”

Chuck Humes wrote an excellent article on that statement and with the terror attacks we saw across the world in 2016, his article is more accurate today than when it was written.

We operate under a lot of gray areas in the profession and I believe that the public at large understands that.  The courts certainly have and when it comes to Use of Force and the rules we play by, if we care about the safety of the public and law enforcement, we better have some leeway on decisions.

Agencies in Denver, New York City, Cleveland, Cincinnati, Miami Beach and Los Angeles, explicitly prohibit officers from discharging their weapons unless deadly force is being used against them by means other than a moving vehicle. For example, if shots are being fired from the vehicle.

Go with me to a college campus where a lunatic terrorist decides to drive his car into a crowd or a Christmas Market with thousands of families where another deranged murderer drives his truck into the crowd and think to yourself, how does this policy work now?  Those examples happen to be real.

Do you understand the difficulty with saying “never” in this profession?

I once watched a police officer attempt to stop a felon in a car and deploy tire deflation devices.  The suspect could have easily avoided the devices without trying to kill the officer.  He chose to purposely drive right at the officer who would have never been able to escape.  He certainly wasn’t Spiderman and couldn’t jump over the car so he used the only tool at his disposal to save his life and possibly the lives of others that day.  The bad guy paid for his act with his life.  That’s not the fault of law enforcement and a policy prohibiting deadly force on that suspect that day would have almost certainly cost the officer his life or serious injury.

I wonder if agencies that are so quick to put this in their policy even understand the potential consequences?

The Indianapolis Metropolitan Police Department had a previous policy prohibiting the shooting at or from moving vehicles and that has now been changed.  I like their language in the new policy which says that officers can fire their weapons at a car’s driver if it is “reasonably perceived that the vehicle is being used as a weapon against the officer or others.”

They cite officer safety as the reason for the change.  I could not agree more.

Dr. Bill Lewinsky is the Director of Force Science Research and he also agrees. “These policies seem to be driven by political pressure and are based more on speculation than on solid behavioral science…..In my opinion, prohibiting a police officer from shooting to disable a driver or persuade him to stop using a vehicle as a weapon is likely to increase the risk of injury and death to officers and possibly to innocent civilians as well.”  You can read Dr. Lewinsky’s detailed explanation on this issue here.

Police shooting at moving vehicles is by no means an epidemic.  It is rare because law enforcement understands the limitations of doing so and the difficulty of shooting into car metal and glass to hit a target but that does not mean it should not be an option in those rare instances it is needed.

I wonder just how much these policies that prevent police from protecting themselves had to do with that increase?

In closing, let me remind every police chief, sheriff and policy maker reading this that your most important job is to give your officers the safest environment possible through training and policy.  Nothing else matters if you do not at least accomplish that.  I understand there are a lot of demands on you and the pressure is tremendous but as a leader you must stand up for your officers when it comes to safety and that begins with not taking essential tools out of their hands that could potentially save their life.

I encourage you to follow the lead of Indianapolis Metro and implement a sound, common sense policy rather than one that is completely restrictive driven by politicians that know little about officer safety.