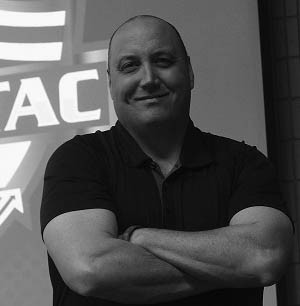 The Condemnation of a Profession

The Condemnation of a Profession

I have been in law enforcement for over two decades. Prior to that, I watched my father in the profession for two decades. From an early age I paid attention to the profession and without a doubt in my mind, the last 12 months has been the most divisive and stressful moments in time that we have ever seen.

I noticed much of the sentiment and attitude toward law enforcement shift in the aftermath of the Trayvon Martin shooting. Despite the fact that the shooter was not a law enforcement officer, the profession was called into question on a global scale like I had never seen. Following the Martin case, there were several high profile incidents selected by media sources to highlight with the tipping point occurring in a small town outside of St. Louis called Ferguson.

In the days that followed the shooting of Michael Brown, very little factual information was released. A story built mostly on supposed witnesses was given to the world to see and within days the President was commenting and members of Congress were standing with their “hands up” based on a narrative that was completely made up.

In the months that have followed, the public is shown officer-involved shootings on an almost weekly basis. Regardless of the suspect’s actions, all of them are questioned and examined with a bend toward a racial narrative. The 24 hour news cycle continues a daily tirade on excessive force within law enforcement. Protests—both peaceful and criminal—continue every week on the streets in America and in the middle of all of this; law enforcement must make some very difficult decisions. One of the most difficult of those decisions will be the use of force policy within agencies.

Use of Force Standard
Determining the legality of any police use of force is weighed by the United States Supreme Court Case Graham v. Connor. Decided in 1989, use of force policy across the land mirrors the court’s language. Using the Fourth Amendment’s “objective reasonableness” standard, language in this court case has been a common sense standard for a profession that deals with a lot of things that make no sense. In fact, the words in Graham v. Connor go against almost everything that the media and political officials have been saying about our fine profession.

While so-called “experts” and even the leader of our country throw uninformed comments at the public, Graham v. Connor tells us that “The reasonableness of a particular use of force must be judged from the perspective of a reasonable officer on the scene, rather than with the 20/20 vision of hindsight.” Using that language puts a lot of media “experts” out of a job.

Chief Judge William Rehnquist went on to say that “reasonableness must embody allowance for the fact that police officers are often forced to make split-second judgments—in circumstances that are tense, uncertain and rapidly evolving—about the amount of force that is necessary in a particular situation. The test of reasonableness is not capable of precise definition or mechanical application.”

Oops! Nothing is precise and there isn’t one answer to fit every situation? Cop haters with agendas will have to turn their head. There is no doubt this 26 year-old case, tested time after time, poses a significant problem for those that want to inherently label law enforcement as corrupt.

Indicting Cops
There have been significant frustrations with politicians, the media and even some prosecutors that Grand Juries have failed to indict cops or juries have found law enforcement doing their job to be “not guilty.” The frustrations are absent reality as Graham v. Connor is clear that the law must take into effect many aspects of the incident and weigh the evidence in a backdrop of stress and “split-second judgments.” Until the Supreme Court radically changes, which no one sees as a possibility in this generation, the law in regards to use of force will remain—but that will not stop the attacks.

The Playbook
With the Supreme Court an impossible obstacle to change what a segment of society hates—law enforcement being protected when they conduct their job according to the law—there will be significant movement made to change the rules of engagement using other methods.

While use of force policy has been built around federal case law, individual states could enact separate laws placing further restrictions on law enforcement. It is this very idea that the New York Times spoke of when they wrote that “states should pass laws holding police officers who use lethal force to a higher standard.” There will be a series of legislative attempts in various states to do this very thing. Going outside Graham v. Connor is dangerous and reckless and our unions and lobbyists need to be prepared.

The demands for law enforcement to alter their current training methodology have carried the most weight with agency leaders. Dallas Police Chief David Brown recently announced training changes that would get DPD back to a “philosophy of only using force when absolutely necessary and as a last resort.” That sentiment is not happening in a vacuum. These discussions are occurring throughout our country and those talking about it do not want to necessarily do us harm but it is a slippery slope that could quickly get officers hurt and exposed to the civil courts. It is language that if placed inside policy would be completely out of line with the case law that our use of force is based on and does not take into account the very nature of our job that Graham v. Connor so eloquently discusses. Furthermore, officers could be placed in undue harm if they are trained to wait to use force in order to protect themselves. Delaying may make some feel good but it can also be deadly to our crime fighters.

There will also be a significant push to critically analyze the tactics of officers involved in use of force incidents. While we should always do that in order to improve, this will be done in order to litigate and much of what is coming will violate the “hindsight” language in Graham As an example, there have been some that have questioned Ferguson Officer Darren Wilson when he pulled his car beside Michael Brown prior to being assaulted. Some would say that if Wilson would have approached differently the incident may have never occurred. This is silly and where does it stop? It is exactly what Graham warns us about when the “20/20 vision of hindsight” is discussed.

The Hammer
Our biggest mistake will be to set back and think none of this could happen. After all, the Supreme Court standard has been there for almost three decades and there is no way it could change. I tend to agree with that but many other things could change that could accomplish very dangerous outcomes and leave our profession exposed to state and civil courts. I anticipate that agencies will be asked to restrict their use of force policy, making Graham v. Connor obsolete. There are millions of grant dollars being poured into local law enforcement and when agencies refuse to alter their policy, this grant money may come into question. If you don’t think taxpayer dollars could be held hostage in making us conform to an agenda, you don’t have to look far to see it being done in the past: Agencies taking grant money for ballistic vests were forced to develop a “mandatory wear” policy or risk future funds. That mandate saved lives within our profession, while a mandate to restrict our use of force procedures would endanger our lives even more than they already are.

Change
We should certainly always be talking about change within our profession when it benefits our officers and the community. A willingness to constantly improve is what makes us professionals but changing policies, training and rules of engagement that have enabled our officers to conduct their duties as safely as possible without the fear of reckless prosecution against law enforcement will cripple our efforts to make our communities and neighborhoods safe. The preparation and decisions that we make today will be the difference in future success of our profession and quite possibly utter chaos.