The joke has backfired 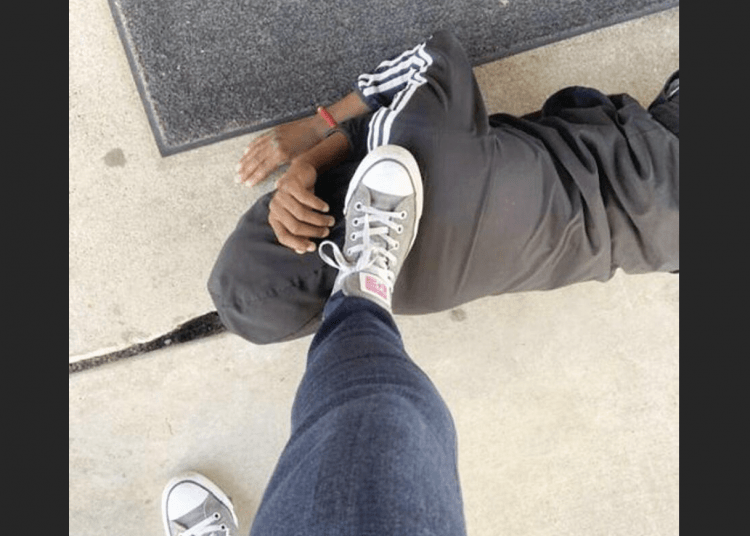 GREENVILLE, Texas — A Texas school district suspended a teacher following the posting of an apparently staged photo showing the employee with her foot on the neck of a black student, according to reports.

The photo appeared on Facebook Tuesday and quickly went viral within the community. It was posted the same day as the Derek Chauvin guilty verdict, The Herald Banner reported.

The teacher for the Greenville Independent School District at Lamar Elementary School — outside Dallas — was not identified.

A 10-year-old Black student at Lamar Elementary School in Greenville was seen in a picture with his white teacher's foot on his neck. The boy said it was punishment for acting out in class.​ https://t.co/Bt2o0fiG1D

The paper spoke to Demetrus Liggins, the district’s superintendent, who called the photo “inappropriate.” He said the student was not injured. The paper said Liggins sent an email to parents to assure them that the district is taking the situation seriously.

“It will be thoroughly investigated, and appropriate action will be taken,” he said.

WFAA spoke to the boy’s family. The father said he was unhappy with the photo, but the boy’s mother — who knew the teacher for years — said the teacher texted the photo as a joke. The teacher reportedly warned the boy that if he did not return an assignment, he’d end up with her foot on his neck.

The mother said she thinks the teacher had no bad intentions. However, the father disagrees.

“I don’t really understand the whole situation, but all I know is it was never supposed to happen,” he said.