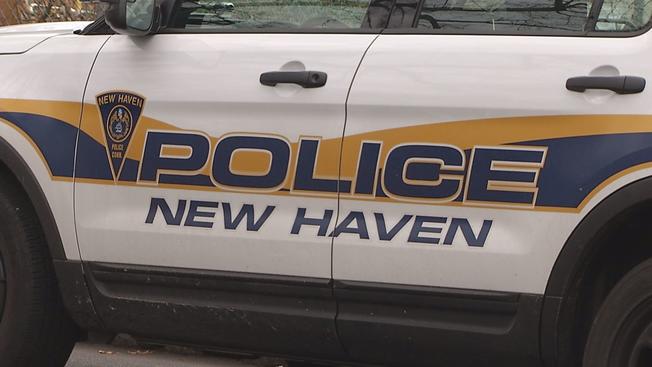 The original article appears in the New Haven Register

To Officer Jason Bandy that Latin phrase uttered by Julius Caesar — I came I saw I conquered — expresses the way he looks at life. If you have a goal, you should resolve to reach it.

That phrase, along with a small tattoo of a stylized capital D, which refers to Detroit, where most of his family is from and small Roman numerals for the date 4004 B.C. are the latest tattoos that Bandy wears. They are on his hairline around his face.

The officer had tattoos on most of his body when he was hired as an officer in 2008; several years later he added tattoos to his neck and hands with no backlash as the department does not have a policy against tattoos, Bandy said.

There are multiple officers who wear tattoos, Bandy said, who have not been disciplined, given that there is no specific policy against it.

Bandy is now facing possible termination on Wednesday when he appears before the Board of Police Commissioners over his latest tattoos. Among items on a posted agenda, members are expected to consider and “vote on the recommendation of Chief (Anthony) Campbell on the termination of Officer Jason Bandy.”

“This is about treating people with respect. This is about following rules,” Bandy said, referring to the non-existent tattoo policy. “I am being treated in the manner that I was taught not to treat people.”

In October 2018, he filed a complaint with the state Commission on Equal Opportunity, claiming gender discrimination. He charged that female members of the department are allegedly violating the general order of the department that refers to personal appearance with no ramifications.

He said there is a department policy that officers not wear jewelry, other than wedding bands and religious attire. Also, no piercings are allowed, such as nose or eyebrow piercing; no excessive makeup, no hair dying “in excessive colors,” Bandy said in his complaint.

“Everyday for the past 11 years of my career, I have seen females violate this policy daily. Females regularly wear excessive makeup, dye their hair red, blue, green. Nose piercings, nail polish, unapproved jewelry and even tattooed eyebrows and eyeliner, which is no different than any other type of tattoo,” he wrote.

He told the CHRO that the police administration wanted him to undergo laser surgery to get rid of the facial tattoos and to pay for it himself.

When he and his union, Elm City Local, CACP, rejected that, the administration then offered a memorandum of understanding stating that he would be considered “in compliance with Department grooming standards so long as he covers his tattoos while on duty with make-up/concealer which fully obscures the three newly obtained tattoos on his face.”

It continued: “The Department may refer Officer Bandy to the Board of Police Commissioners for potential termination for noncompliance, whether such is intentional or not (e.g. weather related).”

Bandy said that would set him up for failure if the concealer were to start to come off in the rain. He said he had no problem agreeing to cover the facial tattoos with makeup/concealer.

The MOU was amended two days later. “Officer Bandy shall be subject to referral to the Board of Police Commissioners for potential termination of employment for noncompliance, unless the chief of police determines that extenuating circumstances excuse such noncompliance.”

Bandy said he did not trust that he would be treated fairly by the administration and he would always be worried about falling into noncompliance.

The MOU also said the terms of the agreement would not set a precedent “with respect to any other Elm City Local bargaining unit member, nor shall it constitute any form of a past practice on either party.”

It also required Bandy “to withdraw his pending CHRO matter alleging gender discrimination based on the Departmental response to his facial tattoos.”

The officer said he has a legal right to file a CHRO complaint.

Police Chief Anthony Campbell, in filing charges against Bandy, cited General Order 85 on uniforms, equipment and grooming: “All employees (sworn and non-sworn) shall present a neat and clean appearance while on-duty.”

He also cited General Order 1.03: “Employees are expected to present themselves in a businesslike manner. To this extent, police officers are expected to be in the proper uniform and present a neat and professional appearance (except as otherwise authorized by the chief of police or his/her designee.)”

Campbell, in his letter to Bandy telling him to come before the police commissioners, said Bandy “has been offered reasonable accommodations but has refused to accept any of those accommodations.”

Campbell did not respond to a request for comment on the case.