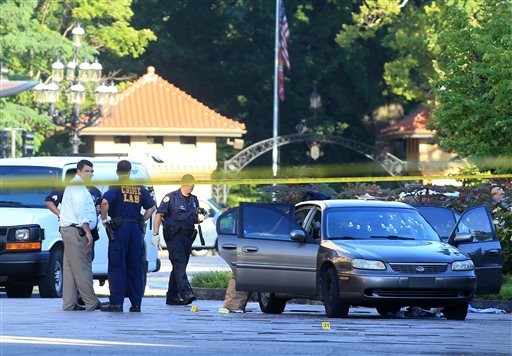 ST. LOUIS (AP) — One man is in custody and three others are being sought following the ambush of a uniformed St. Louis police sergeant.

Police spokeswoman Leah Freeman on Wednesday declined to provide further details about the suspect in the shooting.

The officer, a 16-year veteran of the department, was working security as a second job when a gunman masked by a bandanna opened fire before dawn Tuesday, peppering his windshield.

The officer returned fire and Police Chief Sam Dotson says one suspect may be wounded.

Dotson called the attack an ambush and says the officer's body armor saved his life. He was treated and released at a hospital.

The gunman emerged from a car occupied by three others before the shooting. It wasn't clear if the man in custody was the shooter.