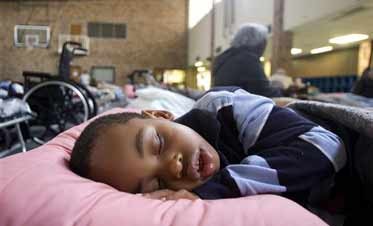 NEW YORK — In a disaster such as an earthquake or terrorist attack, nearly two-thirds of U.S. parents would disregard orders to evacuate and would rush to pick up their kids from school, according to a new survey.

The survey found that 63 percent of parents would ignore orders to evacuate and instead attempt to reunite with their children, possibly hindering rescue efforts by adding to traffic congestion.

The authors of the study, released Thursday on the seventh anniversary of the Sept. 11 attacks, said that despite years of government efforts to enhance disaster preparedness, schools need to do more to plan for disasters and parents need to be made aware of the plans.

The report was commissioned by the National Center for Disaster Preparedness at Columbia University's Mailman School of Public Health and the Children's Health Fund.

Among parents of school-age children, 45 percent said they do not know the location where their children would be evacuated as part of the school's disaster plan.

"There should be an outcry from parents to push their schools and their school districts to develop a plan that makes sense," said Irwin Redlener, associate dean for public health preparedness at Columbia and president of the Children's Health Fund.

The federal Department of Homeland Security has allocated billions of dollars to help state and local governments set up disaster contingency plans.

But just 44 percent of the U.S. residents surveyed this year said they have all or some of the basic elements of a disaster preparedness plan, including food, water, a flashlight with extra batteries and a meeting place in case of evacuation.

The survey has been administered annually since 2002 by the Marist College Institute for Public Opinion.

Parents said Thursday they were not surprised by the finding that most of them would disregard evacuation orders and pick up their children.

Diana Ennen, of Margate, Fla., is the author of "The Home Office Recovery Plan: Disaster Preparedness for Your Home-Based Business" and a mother of three.

"As a mom, you wouldn't be able to keep me away from picking up my children," she said in an e-mail. "My first instinct would be to get them at all costs. I would literally run the entire distance to get them. I believe most parents would feel the same."

Law Officer is the only major law enforcement publication and website owned and operated by law enforcement. This unique facet makes Law Officer much more than just a publishing company but is a true advocate for the profession.
Tags: NewsSpecial Assignment & TeamsTraffic