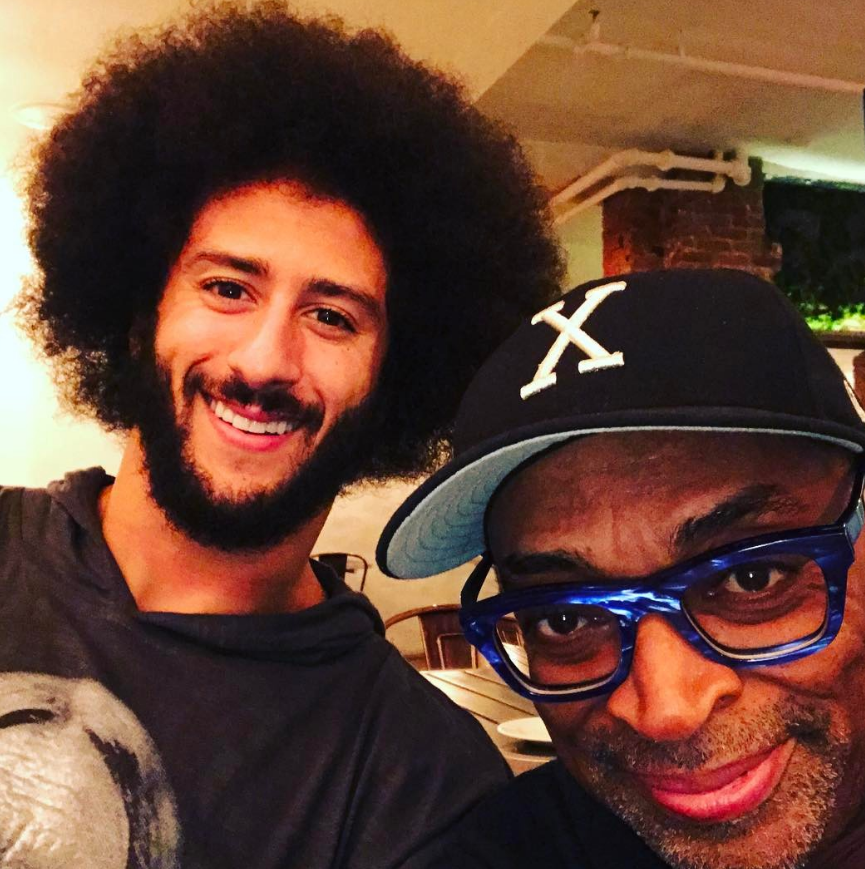 “The New York J-E-T-S Need A Quarterback,” wrote Lee, who said he spoke with Kaepernick over brunch. “Who Is The J-E-T-S Quarterback? Is My Man Joe Willie Namath Coming Back? Crazy Times We Live In.”

Lee used his post to rail against the NFL for excluding Kaepernick, who ignited a firestorm last fall because he refused to stand for the national anthem as a way to protest police racism.

Lee said it “Smells MAD Fishy To Me, Stinks To The High Heavens” that Kaepernick, who opted out of his San Francisco 49ers contract, still doesn’t have a job.

ESPN reports that Kaepernick will stand for the national anthem during the 2017 season.

Share and speak up for justice, law & order...
Tags: kaepernickNewsNFL