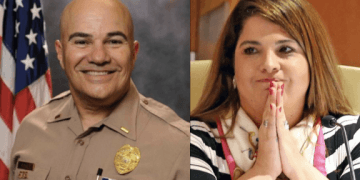 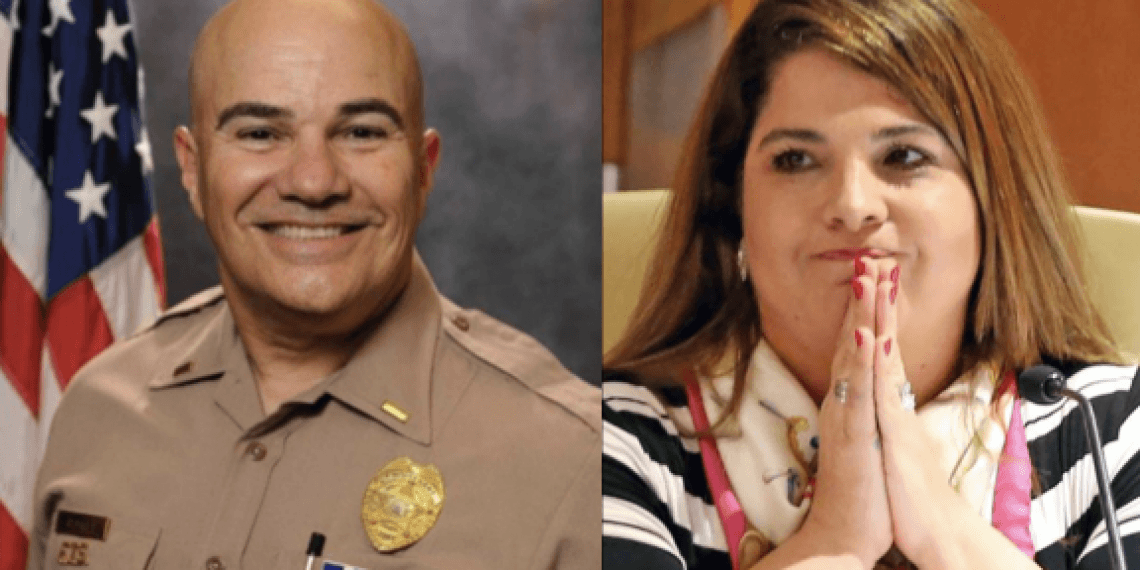 Pablo Lima has been cleared after an internal affairs investigation concluded that he was "showing support for his wife" on social media. His wife is Hallandale Beach Commissioner Anabelle Lima-Taub. (Facebook/Screenshot Miami Herald)

BAY HARBOR ISLANDS, Fla. – A South Florida police officer who had been on administrative leave amid allegations that he violated his agency’s social media policy has been reinstated, Local10.com reported.

Lima had been placed on admin leave for the innocuous act of “liking” several comments to a social media post shared by his wife, Hallandale Beach Commissioner Anabelle Lima-Taub.

However, an internal affairs investigation concluded that Lima didn’t violate department policy after all.

“I further find that Corporal Lima was expressing his First Amendment rights showing support for his wife,” Lt. Curtis Johnson wrote in his close-out memorandum, according to Local10.com.

Lima-Taub made headlines last year after she wrote that a Muslim congresswoman could “become a martyr and blow up Capitol Hill.” Her comments were later condemned in a resolution passed by her fellow city commissioners.

According to the Bay Harbor Islands Police Department’s social media policy, personnel are prohibited from speech that “ridicules, maligns, disparages or otherwise expresses bias against any gender, race, religion or any protected class of individuals.”

The social media posts were called into question by a Miami Herald reporter, who failed to provide a sworn statement, Johnson wrote, adding that the allegations were “unfounded.”