Sgt. Christopher Pullease has been assigned to administrative work while the internal investigation takes place 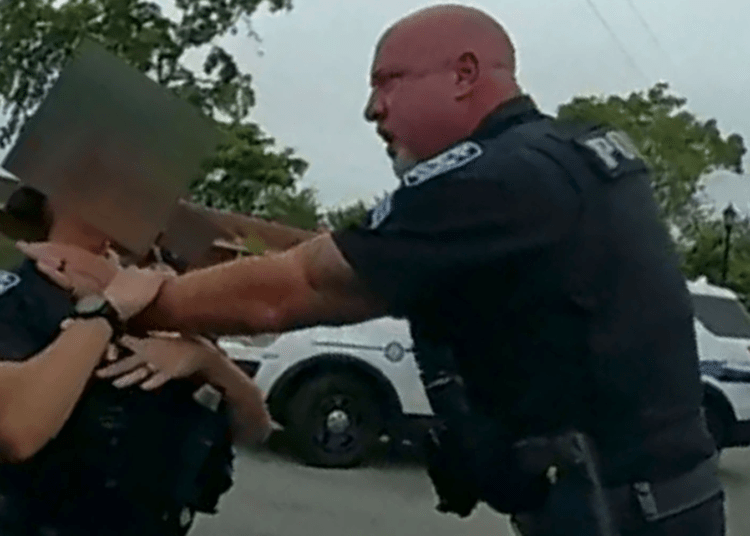 A Florida sergeant is under investigation after he reportedly choked a subordinate officer. (Sunrise Police Department)

SUNRISE, Fla. – The actions of a veteran Florida police sergeant are being scrutinized after he was captured on video grabbing a subordinate officer by the throat after she pulled him away from a handcuffed suspect, according to reports.

Sgt. Christopher Pullease, 46, of the Sunrise Police Department is accused of battering the 28-year-old officer outside a Shop & Save convenience store on Nov. 19, WSVN reported.

The ordeal unfolded when Pullease and several other officers were arresting a man for aggravated battery. The suspect is accused of striking people outside the business.

Bodycam footage that was released last week, showed Pullease walking up to the suspect as officers were struggling to get him into the police unit.

Pullease reportedly pulled out his pepper spray and aimed it at the suspect as he leaned into the vehicle to speak to the arrestee, the New York Post reported. 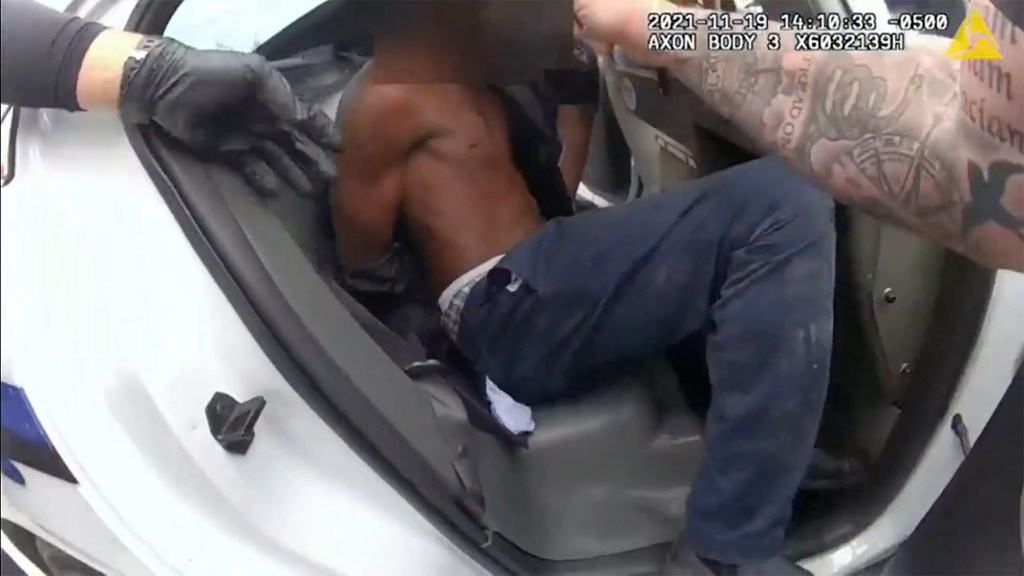 The officer suddenly ran over and pulled on Pullease’s duty belt in her effort to get him away from the suspect, the bodycam video showed. 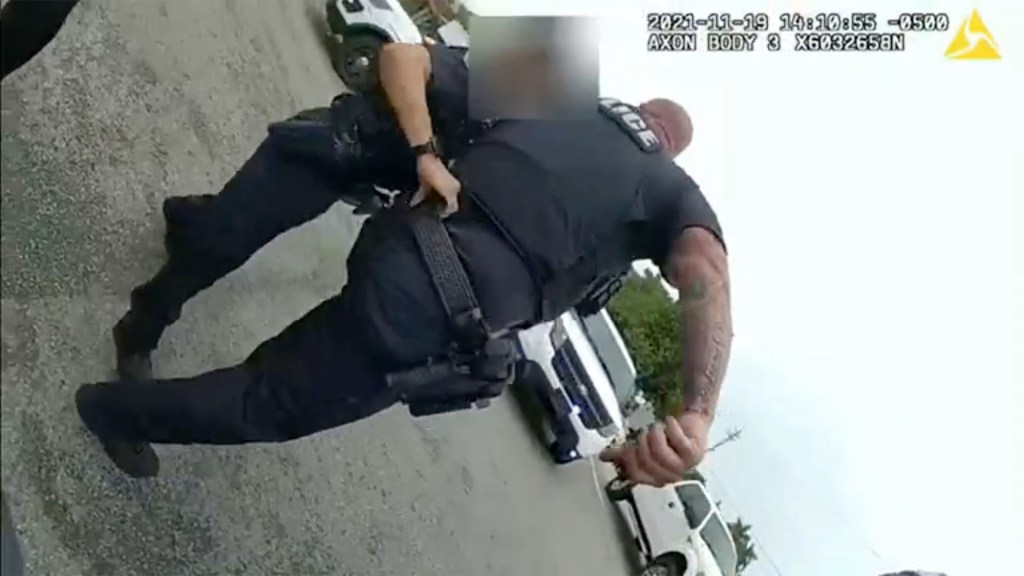 Pullease quickly turned around and appeared to put a c-clamp type of maneuver on the officer’s neck as he shoved her against another patrol unit, the footage shows. 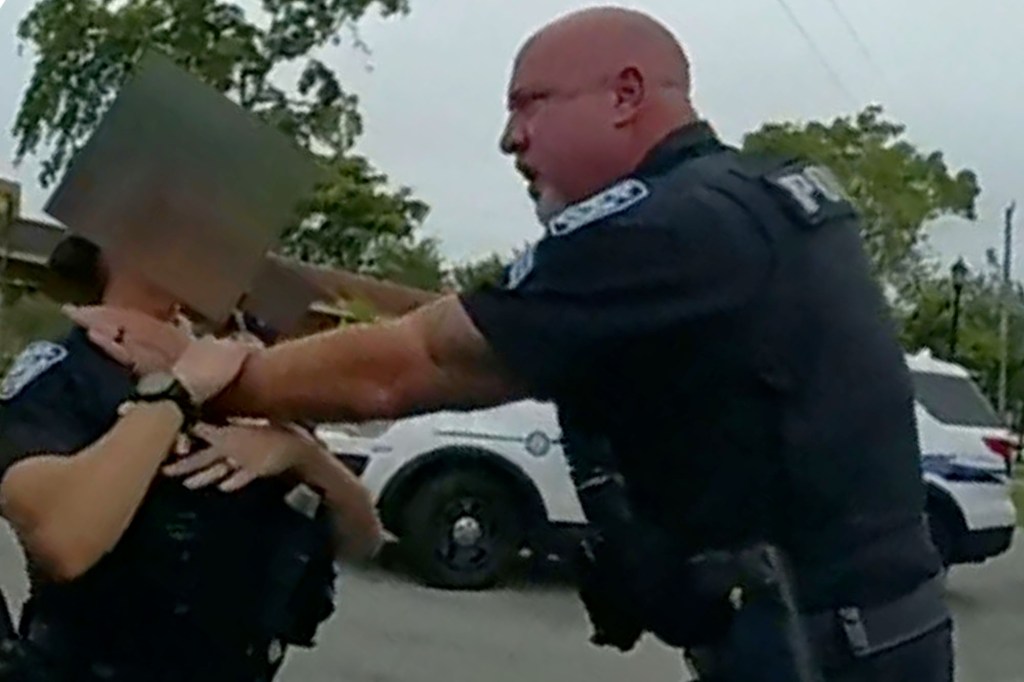 The video did not contain audio. Chief Rosa did not reveal what Pullease said to the suspect who was in custody, or the officer that apparently received his wrath. However, he said it was “inappropriate and unprofessional.”

Rosa accused Pullease escalating the situation when it should have been time to help settle things down.

“I find it to be inappropriate and unprofessional, because what he did is he escalated the situation when calm was actually required,” the chief said. 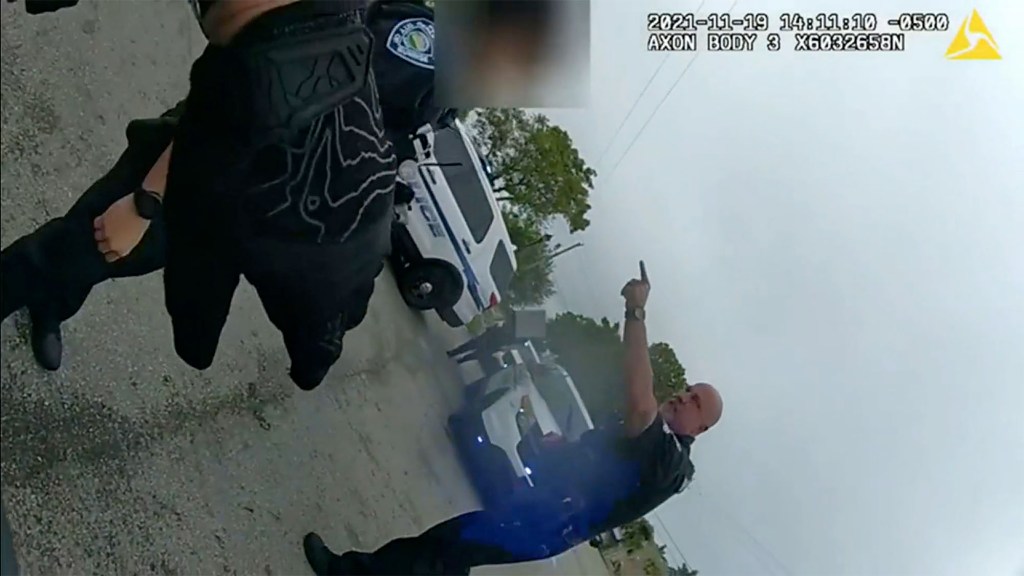 The chief also praised the young officer of 2 ½ years for stepping up to the plate when necessary, the Post reported.

“I’m very proud of this police officer. She took some definitive action. I can only imagine what she must be feeling. She’s a newer officer, and he’s a very senior sergeant,” Rosa said.

In the meantime, Pullease has been assigned to administrative work while the internal investigation takes place.